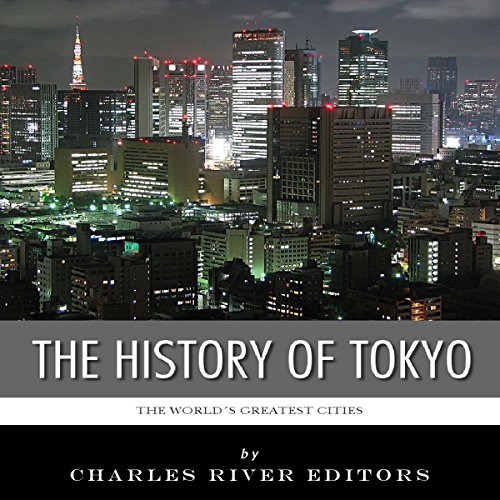 The World's Greatest Cities: The History of Tokyo

By: Charles River Editors
Narrated by: Richard Glass
Try for $0.00

After a series of conflicts among feudal lords, the new city of Edo became and remained Japan's beating heart, and in the 17th century Edo gave birth to a vibrant, new urban culture marked by woodblock prints, the kabuki theater, and haiku poetry. By the 18th century, with its ranks swelled thanks to a flood of provincial daimyo, along with their households, clients, and retainers, Edo had become the most populous urban area in the world, a title Tokyo still can lay claim to today.

In the latter 19th and 20th centuries, after the Tokugawa bakufu was overthrown by a modernizing and reforming central government under the Meiji emperor, Edo was renamed Tokyo and became Japan's new imperial capital. The Meiji emperor wanted Tokyo to be a vibrant, bustling, cosmopolitan city that could be viewed as a meeting ground between the East and West. He also wanted Tokyo to showcase the bunmei kaika (civilization and enlightenment) that the new regime trumpeted, and today Tokyo remains an international center of culture, finance, and media, as well as home to Japan's most prestigious research universities, its most fashionable shopping districts, the headquarters of its wealthiest corporations, and its largest museums.

Now covering over 800 square miles, Tokyo's skyline seems endlessly expansive, and it also seems to have taken some of the most noteworthy aspects of other great cities. In Shinjuku ward, Tokyo has skyscrapers that look like they belong in Manhattan, while in Minato, the Tokyo Tower instantly brings to mind the Eiffel Tower. To the west, the ward of Shibuya is full of enough neon lights to make Las Vegas blush, and the National Diet Building in Chiyoda houses Japan's legislature and looks like a capitol building tourists might find across American states.

What listeners say about The World's Greatest Cities: The History of Tokyo

Between Academic and Lay

Insightful and discusses important topics not usually found in a typical guide. Some over detail.

Excellent structuring of well-chosen all-relevant matter. Very clear sober intonation of reading with perfectly clear and correct pronunciation of Japanese names, for easy further reference.
Being so well done, I wish there was some kind of continuation.
Thank you.