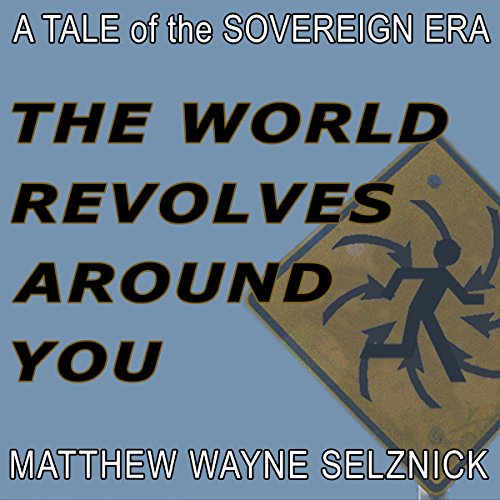 The World Revolves Around You

The World Revolves Around You

Tony Fallow has a sticky problem: Everything that isn't bolted down literally wants to be near him! Fearing he must be one of the Sovereign, a remarkable new minority of superpowered people who recently revealed themselves, Tony travels to the Donner Institute for Sovereign Studies with hopes of being cured. But as he tells his story to a human doctor working at the institute, the boorish Tony soon finds his problem might be more complicated than he suspected and bigger trouble than he could have imagined!

Get a glimpse of the early days of the Sovereign era, an alternate-history story world where the appearance of superpowered individuals disrupts the late 20th century and forever alters human destiny.

A great visit to the Sovereign Era

I'm a fan already and loved this succinct and well told story of a handful of lives in this Sovereign Era setting. Delightful treat for existing fans and an engaging intrigue for new readers to jump deeper into this world with the novel Brave Men Run once your hooked!

Would you listen to The World Revolves Around You again? Why?

If you are a fan of the Sovereign Era, this was an enjoyable story. But, i think you will have to know what the universe is about before you understand what is going on.

Great twist at the end!