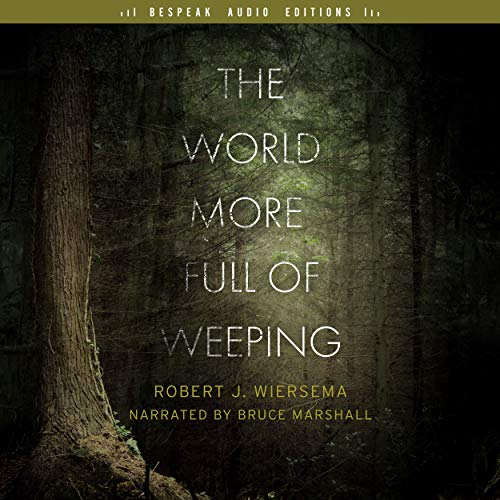 The World More Full of Weeping

By: Robert J. Wiersema
Narrated by: Bruce Marshall
Try for $0.00

Eleven-year-old Brian Page spends every waking moment in the forest behind the house where he lives with his father. But forests are always deeper than anyone can know. Secrets are hidden in the eternal twilight of the trees. Those secrets emerge into light when Brian disappears in the forest, as his father did three decades before. His father, however, came home with no memory of the events in the depths of the forest. What has drawn Brian away? Will he emerge, shuddering and broken, as his father did, or will the forests close around him, as they have done so often before?

Bespeak Audio Editions brings Canadian voices to the world with audiobook editions of some of the country’s greatest works of literature, performed by Canadian actors.

“The World More Full of Weeping is a tiny, almost perfect pearl of a story - a story of family loss tinged with elements of magic realism Stephen King might have written in his prime.” (Corey Redekop)

What listeners say about The World More Full of Weeping