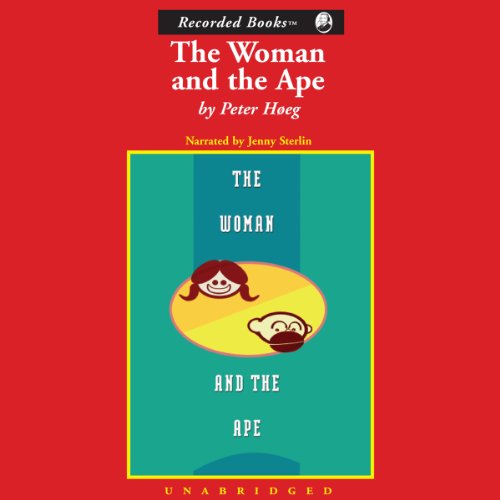 The Woman and the Ape

Award-winning author Peter Høeg has captured a worldwide audience with his novels of compelling, solitary heroes and powerful landscapes. Smilla’s Sense of Snow received international praise for its subtle emotional nuances and startling visions of the frozen northlands. Now, Høeg turns his attention to England and a wanderer from an even stranger world. Madeline Burden, beautiful wife of a renowned British zoologist, is not surprised when she learns that her husband is holding a stray ape in his laboratory. But when she looks into the creature’s eyes, she feels her heart lurch in response to the intelligence and gentleness she sees there. Somehow, she must free the ape from the scientists who would sacrifice his life to gain measurable data about his intelligence. And, in a flash, she also knows that her life is now inextricably linked to his. The Woman and the Ape is the remarkable story of their relationship. Part fable, part romance, and part slapstick comedy, it poses intriguing questions about nature and nurture and builds to a hilarious ending.

What listeners say about The Woman and the Ape

the mystery aspect was great. the tone and the mood was awesome. Madeline is a compelling character as are the others. the love affair with an ape was not my cup of tea.

This novel is imaginative, captivating and expertly read by my favorite reader, Jenny Sterlin!! I found the story to be both stirring and thought-provoking.