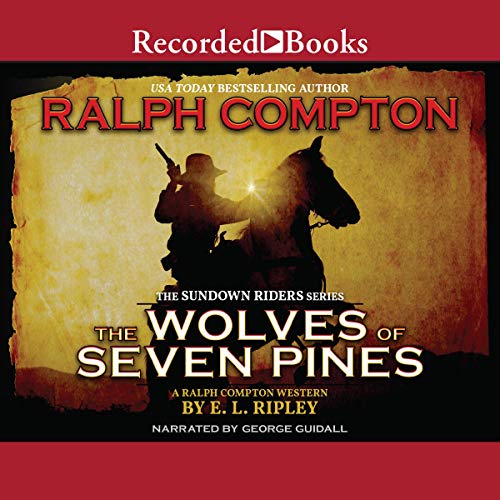 The Wolves of Seven Pines

His wife is gone to tuberculosis, his reputation was lost in the war, most of his life has already passed by, and now, even his horse has been taken by colic. All Carpenter has left are the men from his Army company. During the journey to California to reunite with them, he strikes up a friendship with Rafael Silva, an educated man making for the same town to start up a rifle factory.

When they arrive, Carpenter's former brothers-in-arms actually try to run Silva out of town, despite the much-needed factory. There's trouble afoot, and Carpenter has to choose between his new friend and the ones who stood with him through the war. His old comrades just aren't who they used to be, but then, neither is he.

What listeners say about The Wolves of Seven Pines

Enjoyed the book and could not put it down

The story was riveting with many twists and turns. The main characters were very likable and I found myself hoping for their success as they pass through many trials. The performance was absolutely perfect, George Guidall is the perfect narrator for a Western.