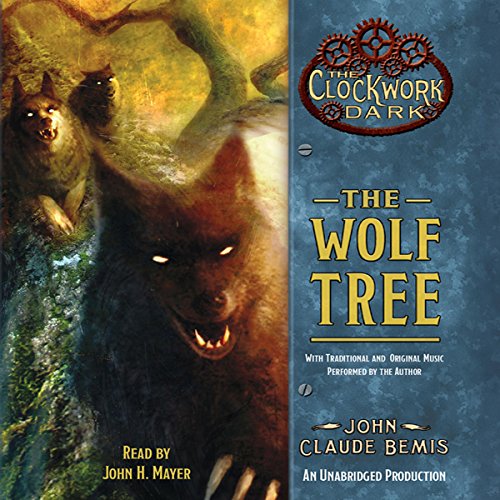 Look no further for the perfect book for boys and girls who love fantasy, adventure, and white-knuckle action!

"Can you imagine eternal Darkness, sir?"

So asks the sickly stranger who staggers into Peg Leg Nel's birthday party. Before the man dies, he tells Ray and his friends of a Darkness spreading like wildfire across Kansas, turning good people bad and poisoning anyone who tries to escape. It's clear that though the evil Gog is dead, his devilish machine has survived and is growing stronger.

Now a full-fledged Rambler, Ray leads his friends on a mission into the heart of darkness. Vital to their success is tracking down the legendary Wolf Tree, rumored to be a pathway to the spirit world. Only with one of the tree's limbs can the Nine Pound Hammer be repaired and the Gog's terrible machine finally destroyed. The search for the Wolf Tree grows desperate as the Darkness spreads, threatening Ray, his friends, and all of humanity.

The Wolf Tree is the second fantasy adventure book in John Claude Bemis's series The Clockwork Dark, and adds new layers of myth and magic to Bemis's original take on American tall tales in The Nine Pound Hammer.

What listeners say about The Wolf Tree