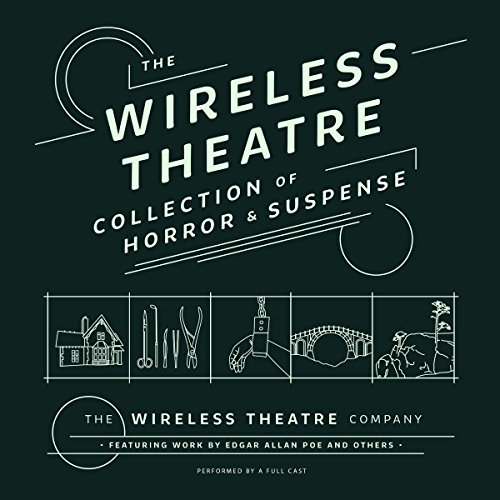 The award-winning and critically acclaimed Wireless Theatre Company strives to keep radio theater alive and well. Collected here are six full-cast dramatizations that are sure to send shivers down your spine.

What listeners say about The Wireless Theatre Collection of Horror & Suspense

A mixed bag, and cheaper from the publisher

This is a collection of five horror(-ish) stories, produced by the Wireless Theatre Company. They are fine, as it goes, although none is outstanding. The acting, production, and effects are all perfectly competent, although there is little thematically in common between the stories. Three of the five are written by Marty Ross, probably better known for his contributions to Dr Who and its spin-offs. Burke & Hare is a sort of comedic take on the Victorian body-snatchers, which I found slightly irritating. Amontillado is, of course, the Edgar Allen Poe classic. Windover is a modern ghost story -- not a hugely convincing one, in my view.

The real problem, however, is that I've since discovered I could have got the same content directly from the producer, for less money, and in DRM-free, high-bitrate MP3 format.