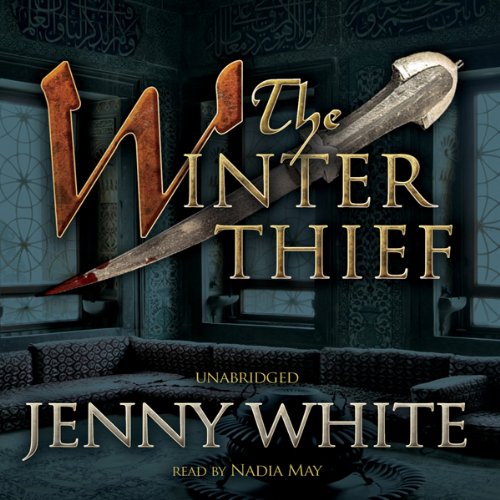 By: Jenny White
Narrated by: Wanda McCaddon
Try for $0.00

January 1888. Vera Arti carries The Communist Manifesto in Armenian through Istanbul’s streets, unaware of the men following her. When the police discover a shipload of guns and the Imperial Ottoman Bank is blown up, suspicion falls on a socialist commune Arti’s friends organized in the eastern mountains. Special Prosecutor Kamil Pasha is called in to investigate. He soon encounters his most ruthless adversary to date: Vahid, head of a special branch of the secret police, who has convinced the sultan that the commune is leading a secessionist movement and should be destroyed - along with surrounding villages. Kamil must stop the massacre, but he finds himself on the wrong side of the law, framed for murder and accused of treason, his family and the woman he loves threatened.

Exploring the dark obsessions of the most powerful and dangerous men of the dying Ottoman Empire, The Winter Thief also reflects the mad idealism of those turbulent times.

Jenny White is the author of The Sultan’s Seal, a finalist for the Ellis Peters Historical Crime Award, The Abyssinian Proof, and The Winter Thief. She is a professor of anthropology at Boston University, specializing in Turkey.

What listeners say about The Winter Thief

Interesting look at history - our hero is a bit boring and the story just went on and on - I stuck to it only because I paid for it - no real passion or excitement.