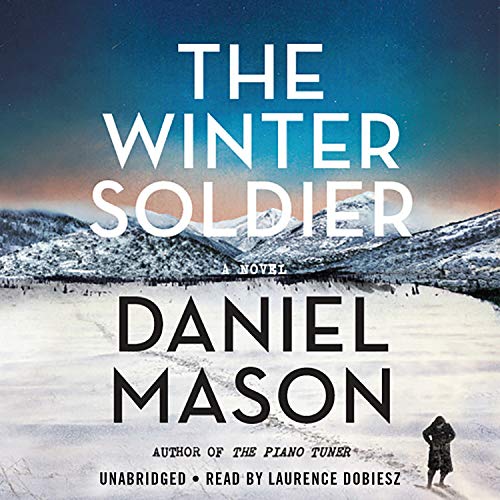 By: Daniel Mason
Narrated by: Laurence Dobiesz
Try for $0.00

A sweeping, unforgettable love story of a young doctor and nurse at a remote field hospital in the First World War.

Vienna, 1914. Lucius is a 22-year-old medical student when World War I explodes across Europe. Enraptured by romantic tales of battlefield surgery, he enlists, expecting a position at a well-organized field hospital. But when he arrives - at a commandeered church tucked away high in a remote valley of the Carpathian Mountains - he discovers a freezing outpost ravaged by typhus. The other doctors have fled, and only a single mysterious nurse named Sister Margarete remains.

But Lucius has never lifted a surgeon's scalpel. And as the war rages across the winter landscape, he finds himself falling in love with the woman from whom he must learn a brutal makeshift medicine. Then one day, an unconscious soldier is brought in from the snow, his uniform stuffed with strange drawings. He seems beyond rescue, until Lucius makes a fateful decision that will change the lives of doctor, patient, and nurse forever.

From the gilded ballrooms of Imperial Vienna to the frozen forests of the Eastern Front; from hardscrabble operating rooms to battlefields thundering with Cossack cavalry, The Winter Soldier is a story of war and medicine, of family, of finding love in the sweeping tides of history, and finally, of the mistakes we make and the precious opportunities to atone.

"With a physician's precision and an artist's eye, author Daniel Mason captures the emotional and physical upheaval wrought by war. Right from the start, the novel thrums with tension, whisking the reader into the fray...With striking prose and an unencumbered pace, The Winter Soldier makes for a uniquely compelling read." (Melissa Brown, Booklist)

"In The Winter Soldier, Daniel Mason achieves a deeply affecting balancing act, drawing us into the crushing agony of war while simultaneously stirring our hearts with an inspired and touching love story." (Georgia Hunter, best-selling author of We Were the Lucky Ones)

"The Winter Soldier held me by the throat from the first lyrical page to the last. A story which manages to be as original as it is timeless, and above all, credible." (Emma Donoghue, author of the national best-seller Room)

What listeners say about The Winter Soldier

This novel is the most well narrated audiobook I have ever had the pleasure of listening to. I would give it 10 stars if I could. And, an excellent story overall that grabbed and held my attention throughout. My only negative comment, and the reason I used 4 stars rather than 5 on the storyline has more to do with my expectations than a shortfall in the story.

Recalling little about WWI, particularly on the Russian front, I was hoping to glean a greater historical understanding of the time and place, both from a macro and a micro perspective. I either missed it after getting wrapped up in characters and relationships, or it was simply not there. I plan to listen a second time, focusing more on the history. Overall, I would highly recommend this book. Thank you Daniel and Laurence.

Patiently revealed, deeply personal story set in the political chaos of WW1. The story sets its own course Starting in Vienna. A naive young medical student is welcomed into the Army to assist in a makeshift hospital near one of the fronts. A remarkable woman working there mentors him as he defines his character as a physician. The hospital scenes are gruesome but accurate. I literally felt as though in the primitive settings a stated talent, to see clearly what is beneath the skin. The authors descriptions of setting and place, deeply psychological insights and deft romantic touch were notable.

A Spellbinding Story of Love and Loss

It was not hard to guess that the author of this story is a psychiatrist. The emotions run deep. The characters are real.I enjoyed the book immensely and the narration was excellent. I recommend it to anyone who
wants a true picture of the horrors and dislocation that war brings.

As a physician, I have a particular interest in narratives and fiction by and about physicians. This well-written book will appeal to medical practitioners and students. It belongs on the same shelf as Arrowsmith, by Sinclair Lewis and The Cunning Man by Robertson Davies (both available on Audible). Osler wrote: "To talk of disease is an Arabian Night's experience." This holds true for The Winter Soldier. I look forward to more books by Daniel Mason.

I willed this book to never end, I loved it! these description of what WW1 was like for a green "doctor", was due opening and soul revealing.

This novel is written with delicate command. This is a lovely story. Laurence Dobiesz does a really fine job narrating the story. His voice is well modulated to the pace and tone of the narrative, and the behavior and voices of the characters.

The story was just amazing, performance was perfect. A story of love, loss, and redemption amidst the backdrop of the horrors of war. It reads like beautiful poetry.

The Winter Soldier propels you through the story of a young Doctor serving seriously wounded soldiers during World War 1. Filled with longing and desperate searching for a nurse you’ll keep reading this achingly poignant account of lives crossed by war.
Must become a movie. Epic story!

Daniel Mason uses his words like a painter uses his paint brush. He is beautifully descriptive, making you feel like you can smell, hear and see what he is describing. He truly has a gift! Where he falls short, is in his plot. This story was long and drawn out, with a very disappointing climax. He leaves you with unanswered questions, and unresolved feelings...

I read this upon the recommendation of a friend and I am very glad that he suggested it. I don't know that I would have read it otherwise. The book gives you a strong sense of the time and the place, as well as the tangled Web of the lives of its characters.