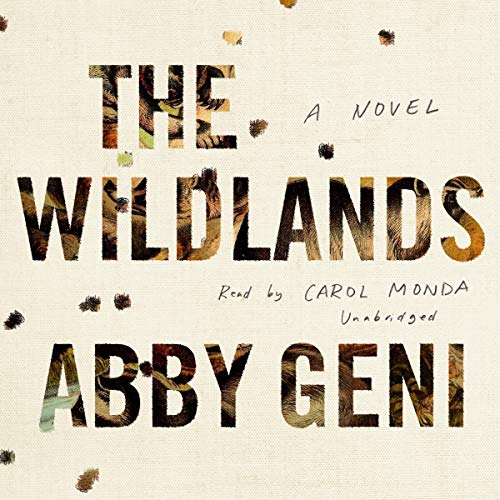 From the award-winning author of The Lightkeepers comes a pause-resisting new novel that explores the bond between siblings and the animal instincts that threaten to destroy them.

When a Category Five tornado ravaged Mercy, Oklahoma, no family in the small town lost more than the McClouds. Their home and farm were instantly demolished, and orphaned siblings Darlene, Jane, and Cora made media headlines. This relentless national attention and the tornado's aftermath caused great tension with their brother, Tucker, who soon abandoned his sisters and disappeared.

On the three-year anniversary of the tornado, a cosmetics factory outside of Mercy is bombed, and the lab animals trapped within are released. Tucker reappears, injured from the blast, and seeks the help of nine-year-old Cora. Caught up in the thrall of her charismatic brother, whom she has desperately missed, Cora agrees to accompany Tucker on a cross-country mission to make war on human civilization.

Cora becomes her brother's unwitting accomplice, taking on a new identity while engaging in acts of escalating violence. Darlene works with Mercy police to find her siblings, leading to an unexpected showdown at a zoo in Southern California.

The Wildlands is another remarkable literary thriller from critically acclaimed writer Abby Geni, one that examines what happens when one family becomes trapped in the tenuous space between the human and animal worlds.

A Millions.com pick of most anticipated upcoming books. A Women.com pick of 15 awesome books with strong female protagonists. A Paperback Paris pick of new books this summer.

What listeners say about The Wildlands

Some parts of the story were excellent, but the narrator’s voice made the overall experience pretty painful. A better narrator could have made a world of difference.

Abby Geni is my current favorite author. I fell in love with The Lightkeepers and this follow-up did not disappoint one bit. She has an elegant way of writing simple stories that are about much bigger things, without moralizing or passing judgement on the characters. She truly allows the characters to tell their messy tales. Her stories contain so much grace and humanity.

I questioned the choice of narrator for a second, but by the epilogue, the choice made perfect sense. I wanted to start it over again as soon as it was over. This will be my go-to recommendation for a while.

We Have a Winner

I'm labeling this as the best book I've encountered in 2018! I didn't want the story to end and hope to one day see it on the big screen.

One of the best stories I have heard on Audible. Beautiful story of family relationships and mental illness

I loved this book!!

I was sad when the book ended. But it was soo good. I was hooked when the brother came back.

Bit of a struggle to finish

This story started out strong, and I was satisfied with the ending, but the middle 9 hours were difficult to stick with. For me, part of the problem was the narrator. By no means am I she's not talented. I just don't think she was the right voice for this particular story. Given that the story is well written, maybe try the print version.