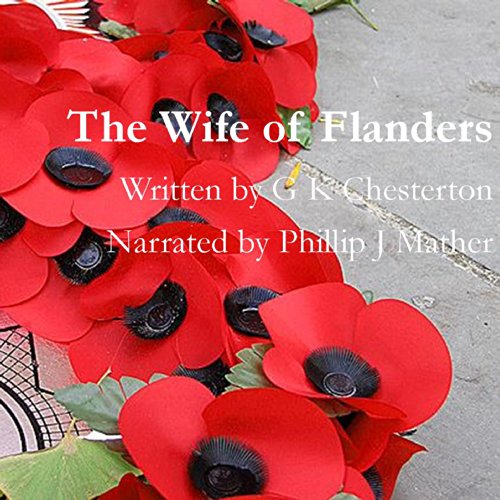 The Wife of Flanders

The Wife of Flanders

The Devastation Of War

What did you love best about The Wife of Flanders?

The tragic tone of the poem, of the mother who had seven sons until that day, until the war, that is. The portrayal, in beautiful language, of the devastation and waste the war had laid.

Most war poems come from the viewpoint of soldiers or the countries for which they fight. It is touching to note that even a century or so ago, the voice of the mothers left behind to grieve and rebuild were also heard and put to paper.

Which character – as performed by Phillip J. Mather – was your favorite?

The entire narration was very good. There is a somber tone to the whole poem, a tragic one, and Mr. Mather presented it quite well.

It didn't make me cry, but it did make me ponder over the horrors of war, and how good countries often allow evil to flourish until extreme pain is required to beat it.

What made the experience of listening to The Wife of Flanders the most enjoyable?

The GK Chesterton Poem awakens thoughts and empathy for the parents whose sons never came home. The narration is evocative and stirring