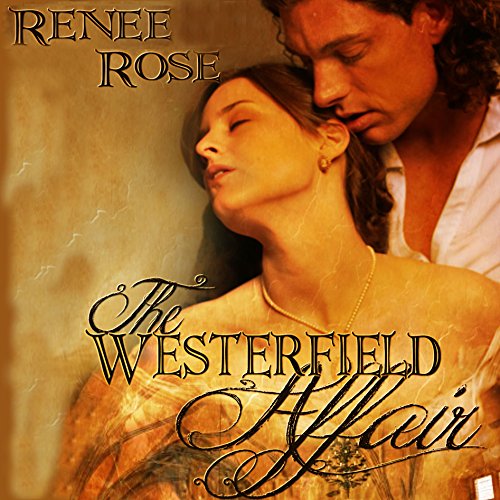 By: Renee Rose
Narrated by: Elliott Daniels
Try for $0.00

Reserved to the point of being aloof, Lord Westerfield never attended balls or even considered taking a wife - until he met Miss Kitty Stanley and his orderly world turned on end. Determined to have the beautiful and animated sister of his friend from the gambling hall, but doubting his ability to effectively court her, Westerfield strikes a bargain with her brother for her hand.

When the gentlemen present Kitty with the deal, she is furious with them both for neglecting to consult her, but her brother insists he will withdraw his support if she does not comply. Angry, she acts out at a ball, causing a scandal that mushrooms further when Lord Westerfield drags her unchaperoned to his home for a firm spanking.

Upon baring her for chastisement, Westerfield is swept away by desire, and before he can stop himself he has taken her innocence and completed the ruin of her reputation. He offers to release her from the betrothal contract, but her brother insists instead on a hasty marriage. As they attempt to recover from the scandal that becomes known as "the Westerfield Affair," their marriage is clouded by his shame and her insecurities. Will they be trapped forever in a loveless marriage, or will they have the courage to move past their rough beginning to kindle the passion they both crave?

What listeners say about The Westerfield Affair

What did you love best about The Westerfield Affair?

It's a well written. sweetly romantic story with engaging characters who develop naturally during the course of the story.

What other book might you compare The Westerfield Affair to and why?

I have read the other stories in the Westerfield Trilogy - The Reddington Scandal and The Darlington Incident which are obviously very similar in style.

Comparable books by other authors include the Ravenswood Manor series or Annabel Joseph's Training Lady Townsend (the first in a new series).

Which character – as performed by Elliott Daniels – was your favorite?

I preferred him doing the narration to him doing the specific dialogue of characters - some of the accents he chose to use were a little distracting.

All the spanking scenes between Kitty and Harry are just wonderful. I particularly enjoyed Harry's fury when he had to pursue Kitty to her family home.

I had already read this book before listening to it on audio so I knew that I would love it. I would recommend it to anyone who enjoys a well-written Regency Romance with quite a lot of sex and spankings.

This is a fantastic story, it is well written and well told. I enjoyed her writing style. Elliott Daniels is awesome narrator. Highly recommend listening to this audiobook.

What did you love best about The Westerfield Affair?

It's sweet and hot at the same time. I wanted it to go on and on.

The spankings and the romance.

What does Elliott Daniels bring to the story that you wouldn’t experience if you just read the book?

It was a little bit strange at first hearing a man reading a romance. But I soon realized how good he was at differentiating the different characters. I look forward to hearing him read others. He reminded me of my favorite reader/narrator Barbara Rosenblatt well I probably just mangled the spelling of that.

There were several moments that moved me, but I hate spoilers so I won't spoil it for anyone.

I highly recommend this it's a favorite for me.

Every time I read a Renee Rose novel I am blown away by the way she weaves the written word. Her historical romance's are my favorite's and this is among them. The tension sizzles between Kitty & Harry in such an irresistible way. The spanking scenes are HOT! If you love historical romance & you love spanking this is a must buy!