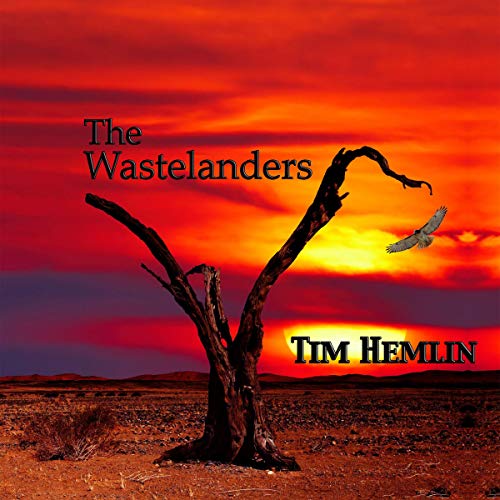 By: Tim Hemlin
Narrated by: Bryan Anderson
Free with a 30-day trial

When water is scarce, a drop is more precious than gold.

America is controlled by a corporate oligarchy known as the Water Cartel, and warrior-priest Joey Hawke finds himself trapped between a mysterious geneticist amassing a clone army and a group of political fanatics convinced that a dead president will rise from his tomb to lead them to salvation.

Caught outside his spiritual haven when the cartel moves against the Wastelanders, Joey is aided by Bear, an enigmatic weapons runner, a lovesick Scrapwoman, and Bernie Hawke, his estranged father.

But against the cartel’s military strength, led by the power-hungry Rex Fielder, Joey’s only hope may be Si-Ting, a young woman with prescient abilities - a woman who not only holds the key to his heart, but also to an American conspiracy to crown its future with the withered laurels of the past.

What listeners say about The Wastelanders

I try not to throw around 5 stars because i believe it means something exceptional, that being said this was a solid and enjoyable book. It has been a nice departure from my post apocalyptic zombie binge that i have been on. Good job performing the different characters, i liked the unique story and im sure i will listen to it again. Give it a try, good value, story and narrating.
I was given a copy of this book for doing an honest fair review on it.

Interesting take on a dystopian society...try it

The Wastelanders by Tim Hemlin, was an entertaining take on dystopian/sci-fi genre. Would recommend if looking for something in this category.

The good: keeps you interested, easy to listen to, not too many characters where it gets confusing.

The not so good: a couple parts were a little slow for my taste.

Narrator: Bryan Anderson did a good job on the narration. There were a couple of voices I could have gone without, but they didn’t ruin the book. I would listen to other books by him.

Overall, I would recommend, a solid four stars all around. This is one of those books you can see happening in the future.

The Wastelanders. A great read/listen a truly believable dystopian future, Well written with believable characters, a gripping story line that keeps you engaged till the very end. And leaves you wanting more.
I was given a free copy of this audiobook at my own request, and voluntarily leave this review.