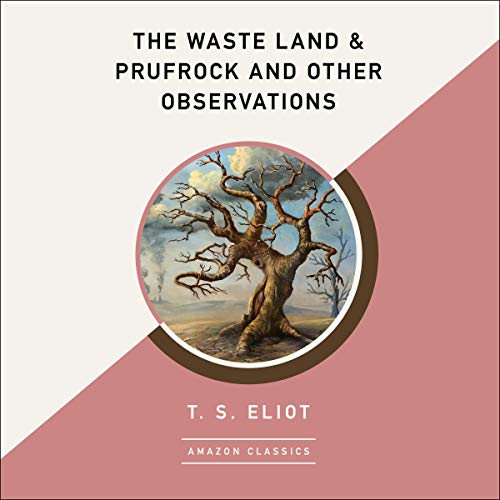 The Waste Land & Prufrock and Other Observations (AmazonClassics Edition)

In "The Waste Land,” T. S. Eliot’s eulogy for all that is buried after World War I, April promises a flowering. But as the world mourns the spirit of a bygone era, what future can emerge from the cold, dead, infertile ground?

Doubt and fear grip the narrator, too, in “The Love Song of J. Alfred Prufrock” - a self-examination of an anxious, overeducated man unable to act against feelings of paralyzing impotence.

In his visionary poetry, including the fourteen enduring works collected here, Eliot broke with Romantic tradition in favor of Modernist reinvention, establishing himself as one of the twentieth century’s most bracing and significant literary figures.

Revised edition: Previously published as The Waste Land, this edition of The Waste Land & Prufrock and Other Observations (AmazonClassics Edition) includes editorial revisions.

a good collection of poetry

An enjoyable collection of Post World War 1 poetry and a respectful omage to the climate of the times.