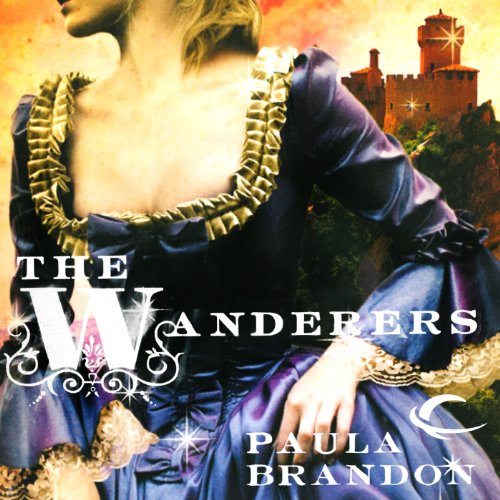 Paula Brandon’s acclaimed fantasy trilogy comes to a triumphant conclusion in an unforgettable collision of magic, intrigue, and romance.

Time is running out. Falaste Rione is imprisoned, sentenced to death. And even though the magical balance of the Source is slipping and the fabric of reality itself has begun to tear, Jianna Belandor can think only of freeing the man she loves. But to do so, she must join a revolution she once despised - and risk reunion with a husband she has ample reason to fear.

Meanwhile, undead creatures terrorize the land, slaves of the Overmind - a relentless consciousness determined to bring everything that lives under its sway. All that stands in the way is a motley group of arcanists whose combined powers will barely suffice to restore balance to the Source. But when Jianna’s father, the Magnifico Aureste Belandor, murders one of them, the group begins to fracture under the pressures of suspicion and mutual hatred. Now humanity’s hope rests with an unexpected soul: A misanthropic hermit whose next move may turn the tide and save the world.

This is the last book of a trilogy. One of the story lines was incredibly slow, and I did skip probably 2.5 hours worth of material without feeling like I had missed out. I get that the author was making the events run concurrently, but there would have been no harm in having a shorter chapters for one of the story lines when there’s not that much going on, or when what’s going on is monotonous.

Climax was predictable, the set up for it was not subtly laid. Despite that, it was still enjoyable and satisfying.

As with the other books, the narrator was not great, and this book in particular she forgot to apply the voices she had been using for some of the characters consistently.

This book was a struggle. It was one issue after another after another. I was tired and emotionally drained at times. However, it was worth it. There was romance, but nothing gaudy or cheesy.

My first review of book 1 was not so positive, book 2 was a bit better, but by the end of the trilogy you're involved with the characters and care for them even though they're flawed (just like real life). I am still disappointed in the backbone of most of the characters and literally was talking out loud becausethey ticked me off, but overall this is a very good read. It is excellently written you just have to have patience and trust me it's tried : D ! There is a death of a main character that I find VERY unfortunate, but the more I reflect on it I can see why the author felt it was necessary (don't worry I'm not saying who it is). This is definitely a trilogy that I will continue to ruminate over. DEFINITELY take the time to listen to this series.

Three books multiple stories and I really really wanted a better ending then that! I feel like I got ripped off, how depressing!!!

Paula Brandon decided to write a series that answers the question "what if every character was hateful and/or annoying, caught up in petty fuckery while a real enemy loomed and also while very bad, VERY avoidable and stressful things kept happening for 3 books?
I was so enthralled, one night I finished a chapter and couldn't go to bed for 30 mins because I was absolutely furious at one of the characters. That's how well written and engaging this book is. Just as you get furious beyond belief, something good, hopeful and just happens. You cannot put it down

had me interested for the entire series. I have nothing else to say so this is to make up the rest of the required words.

Get ready to cry!

I cried several times throughout this book. I listened to the whole series over the last 2 weeks or so and the first book is a bit dry but get through it because it’s setting up the bones of the story for the next 2 books and it gives you time to get to know who the many characters are and the atmosphere of the times. With this final book I could not stop listening it’s the best one out of the whole series. You’ll have a hard time guessing what the end outcome will be.
Must read!

interesting mix of modern and medieval with a little witchcraft/arcane thrown in. excellent story line, everyone gets what I wanted in the end. The author definitely enjoys describing violence as those parts of the books are the most detailed. I will never forgive the author for Grumper though... if you are sensitive to animal violence the first book in the series will be a hard one for you to read. The author refers your mind back to the incendent in the all of the books.
Overall the books are well written, well researched and mapped out.