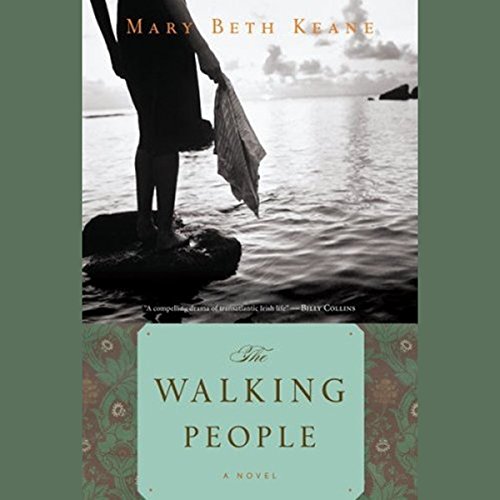 By: Mary Beth Keane
Narrated by: Sile Bermingham
Try for $0.00

Greta Cahill never believed she would leave her village in the west of Ireland until she found herself on a ship bound for New York, along with her sister Johanna and a boy named Michael Ward. Labeled a "softheaded goose" by her family, Greta discovers that in America she can fall in love, raise her own family, and earn a living. Though she longs to return and show her family what she has made of herself, her decision to spare her children knowledge of a secret in her past forces her to keep her life in New York separate from the life she once loved in Ireland, and tears her apart from the people she is closest to.

Even 50 years later, when the Ireland of her memory bears little resemblance to that of present day, she fears that it is still possible to lose all when she discovers that her children with the best of intentions have conspired to unite the worlds she's so carefully kept separate for decades. A beautifully old-fashioned novel, The Walking People is a debut of remarkable range and power.

What listeners say about The Walking People

I’m from Ireland, and immigrated to the U.S. Ms. Keane got it right in this book. Not easily done.

I actually enjoyed listening to this. It was OK, but......

This is one of those books definitely improved by its narration, very well done by Sile Bermingham! Great Irish brogue, and the different women all sound unique. Still, when you look at the book as a whole, you are left rather flat. What does it give you? A "cute" telling of the Irish immigrant story in NYC. Not the early immigrants, but the ones that came in the 60s. Family life and friendship between workmates. What was the sandhog experience like? The job of the sandhog, digging the tunnels for the water pipes of NYC, that too. Half of the book is about the life of Irish gypsies, the "walking people" and life in rural Ireland. Sister relationships, and aging, serious accidents and who exactly is the true mother, the birth mother or the one who raises a child? All of this is covered - some parts flow better than others, but all these different parts are patchy. There is humor and sadness. The poignant end could have been improved. Was the part about Alzheimer's really necessary? You start in 2007, flip back to the past and then go forward to 2007. The book was OK, and certainly very well narrated.

I have chosen to read this book for two reasons. First of all I really liked Mary Beth Keane's Fever, so I have to read another by this talented author. Secondly, when I listened to the sample of this book by the author I both loved the narration by Sile Bermingham, with her wonderful Irish tone, and discovered it begins with a section about NYC sandhogs. Sandhogs is a term used for the Irish, Italian and West Indian immigrants that first dug the tunnels between Manhattan and Brooklyn. So.... I think illogically that the book may be similar to Colum McCann's This Side of Brightness, also about sandhogs! I loved that book, except for its stupid ending. I know this is all rather illogical; I will not get a a continuation of McCann's book, but still it might be good.