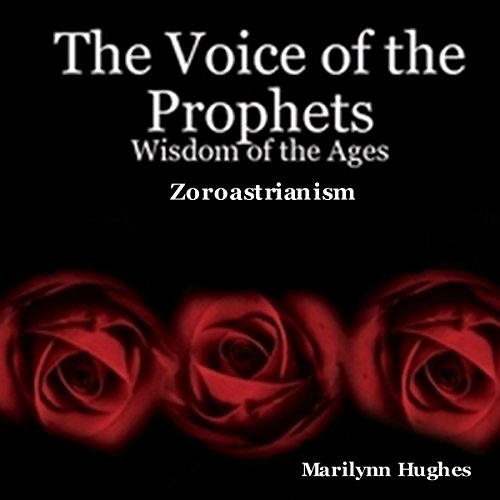 The Voice Of The Prophets

By: Marilynn Hughes
Narrated by: Bill Kratz
Try for $0.00

The Voice Of The Prophets: Wisdom Of The Ages, Zoroastrianism: Containing excerpts from 'The Vendidad,' 'The Avesta,' 'The Pahlavi Texts,' and 'The Menog-I-Khrag.' We have striven to compile the best of the better known and the least known of the ancient sacred texts from world religions from throughout the world and throughout time. It is our hope that this series of volumes makes it possible for a lay reader to truly access some of the most important world literature in religion without having to have a library of 5,000 books in their possession. Encyclopedia of Ancient Sacred Texts.

What listeners say about The Voice Of The Prophets

This audiobook seems to be someone’s graduate level history paper that they uploaded to ACX and got someone to narrate for them. I don’t think that this can really be called a book about Zoroastrianism. It reads like a polemical paper that is arguing certain very nuanced points in an academic setting about which historical trends did or did not shape Zoroastrianism. I thought that this book would eventually get to the original source material. I was hoping it would have some choice selections of Zoroastrian writings. Boy was I wrong. Other books by the out of body travel association and this same author have had very nice selections of original source material from scriptures such as the Baha’i scriptures. Unfortunately this audiobook never really gets there. If you are looking to this audiobook for an introduction to Zoroastrianism, I recommend you look elsewhere. Most of the content seems to have been written to be read by a student’s professor who is already well-versed in the terminology and subject matter and is grading based on creative and original research. Names and terms are introduced and discussed without ever being defined. This is clearly written for an academic setting where the reader is already an expert in the various historical arguments about the trends and influences that shaped Zoroastrianism and is looking to see which side of the debate the author will defend.

Hard to find in audio format

This is 90℅ repackaging of public domain full text and sources. There are some post recording editing mistake specifically near the end of the second chapter. That being said for the commute the read work, while not "the authors", is good stuff.