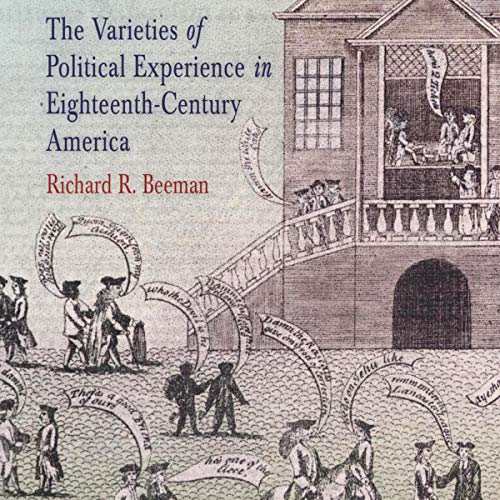 The Varieties of Political Experience in Eighteenth-Century America

By: Richard R. Beeman
Narrated by: Simon Barber
Try for $0.00

In The Varieties of Political Experience in Eighteenth-Century America, Richard R. Beeman offers an ambitious overview of political life in pre-Revolutionary America. Ranging from Virginia, Massachusetts, New York, South Carolina, and Pennsylvania to the backcountry regions of the South, the Mid-Atlantic, and northern New England, Beeman uncovers an extraordinary diversity of political belief and practice. In so doing, he closes the gap between eighteenth-century political rhetoric and reality.

Political life in 18th-century America, Beeman demonstrates, was diffuse and fragmented, with America's British subjects and their leaders often speaking different political dialects altogether. Although the majority of people living in America before the Revolution would not have used the term "democracy," important changes were underway that made it increasingly difficult for political leaders to ignore "popular pressures." As the author shows in a final chapter on the Revolution, those popular pressures, once unleashed, were difficult to contain and drove the colonies slowly and unevenly toward a democratic form of government.

"A major contribution to the study of colonial American politics: for scholars, it will help crystallize their thinking about colonial politics." (New Perspectives on the Eighteenth Century)

Timely Look at How We Became America Brought Alive

Beeman's look at the variety of political experience in pre-revolutionary America is surprisingly relevant to our current political reality. The effort to balance liberty with order and to define the meaning of political equality that emerged in the 18th Century American colonies took us into the revolution against Britain and reverberate through our politics in 2020. Simon Barber brings the extremely well-written text alive capturing every nuance. It was if the author himself was speaking directly to me. A thoroughly enjoyable and fascinating experience.