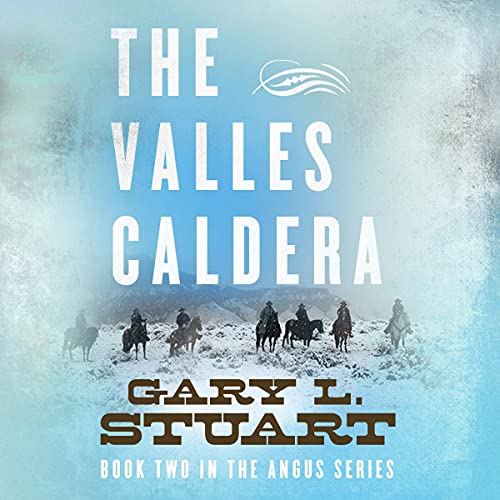 In Book One in The Angus Series (Ten Shoes Up), Angus came down off his mountain refuge, became a US Marshal, and rejoined civilization. That was in 1881. In Book Two, almost two years have passed when Angus gets another assignment. He’s back on the saddle, riding the Rio Chama south to its confluence with the Rio Grande in New Mexico. The Valles Caldera is a pressure cooker novel set in New Mexico’s Jemez Mountains.

For millions of years, the caldera escaped human notice. In the 1700s, it sustained generations of Indians, Hispanics, and Anglos. It also became a perfect hideout for Mendoza Mendoza and his men. They hope to ambush Marshal Angus and his posse. But Angus and No Mas won’t be stopped.

“The unmistakable boom of a 12-guage shotgun came from up above, at the rim of the caldera. Then, muzzle fire and sharp cracks from our right, up the steep trail, and close. The shotgun went silent, but the high ping and clink of rifle fire rained down on us from everywhere. I heard what I thought was a horse hitting hard earth. The shooters kept firing. I could hear horses crashing through heavy underbrush, men cussing, and return fire flaring up. Sliding my hand down the reins, I tightened up on No Mas, drew my Buntline, and put the spurs to him.” Then, all hell broke loose.

What listeners say about The Valles Caldera