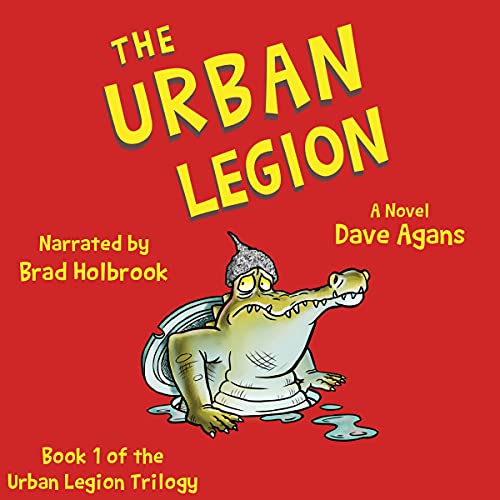 By: Dave Agans
Narrated by: Brad Holbrook
Try for $0.00

Urban legends actually happened, and tin-foil hats work. So when armed French waiters attack, what's a mom to do?

Food critic Lynn Grady is three bites into the duck pate when a voice in her head tries to sway the review. A stranger appears, blocks the voice with a tin-foil hat, and lures Lynn into a bizarre underground world where urban legends are real and the survivors battle the evil, pervasive Corporation.

Attacked by armed French waiters, Lynn defends herself with freestyle yoga and dirty basketball moves. She infiltrates the hidden underbelly of the Lexingham Mall, but can she stop her ex-husband’s mysterious experiment in time to save her daughter?

If you like Men in Black, Christopher Moore, Carl Hiaasen, Christopher Buckley, Kurt Vonnegut, Dave Barry, or Douglas Adams, don your tin-foil hat and discover the secret, zany world of The Urban Legion. Food courts and airport restrooms will never be the same.

What listeners say about The Urban Legion