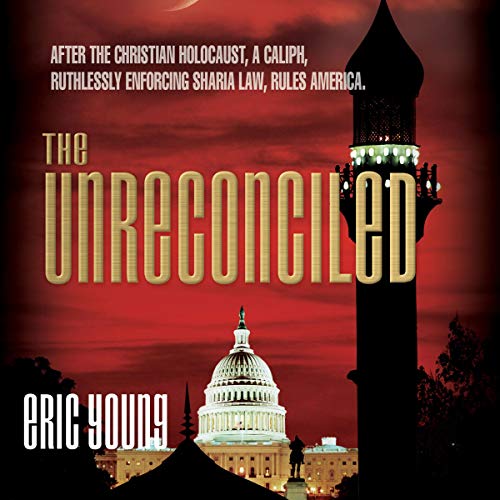 By: Eric Young
Narrated by: Brandon P Rainsford
Try for $0.00

A caliph rules America after the Christian holocaust.

Denisa Graceon, archeologist, is employed by an enigmatic cardinal to locate Christian relics there. Beginning her search at the University of Virginia, where Jefferson's dream has become an oppressive nightmare, Denisa meets the imam's debonair son, who abhorring the radical Islamic vision, leads a clandestine rebellion and, hypnotized by her intellectual exuberance, aids her quest.

Searching deep in Appalachias wilderness, she discovers the "Unreconciled", the last American Christians. Immersed in Christianity, she is born again and becomes enamored by Hawkeye, the swarthy Adonis, who guards the very relic she had come to steal. When she learns the Caliph plans to annihilate them, she realizes only she can save them.

What listeners say about The Unreconciled