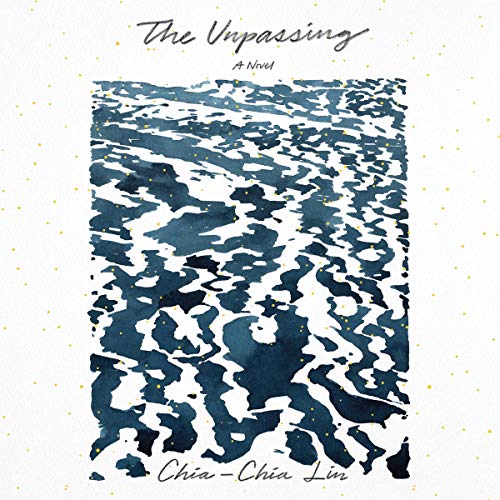 "Told in the first person, the story is narrated by Feodor Chin, whose smooth, matter-of-fact voice perfectly suits Gavin’s descriptions of the family’s junky house; his ineffectual, mistake-prone father; his seething mother; and a persistent sense of not belonging." (Star Tribune)

One of Esquire, The Rumpus, The Millions, Literary Hub, and Electric Literature's Most Anticipated Books of 2019!

A searing debut that explores community, identity, and the myth of the American dream through an immigrant family in Alaska.

In Chia-Chia Lin’s debut, The Unpassing, we meet a Taiwanese immigrant family of six struggling to make ends meet on the outskirts of Anchorage, Alaska. The father, hardworking but beaten down, is employed as a plumber and repairman, while the mother, a loving, strong-willed, and unpredictably emotional matriarch, holds the house together. When 10-year-old Gavin contracts meningitis at school, he falls into a deep, nearly fatal coma. He wakes up a week later to learn that his little sister Ruby was infected, too. She did not survive.

Routine takes over for the grieving family: The siblings care for each other as they befriend a neighboring family and explore the woods; distance grows between the parents as they deal with their loss separately. But things spiral when the father, increasingly guilt ridden after Ruby’s death, is sued for not properly installing a septic tank, which results in grave harm to a little boy. In the ensuing chaos, what really happened to Ruby finally emerges.

With flowing prose that evokes the terrifying beauty of the Alaskan wilderness, Lin explores the fallout after the loss of a child and the way in which a family is forced to grieve in a place that doesn’t yet feel like home. Emotionally raw and subtly suspenseful, The Unpassing is a deeply felt family saga that dismisses the American dream for a harsher but ultimately more profound reality.

What listeners say about The Unpassing

Loved the book. Usually after I read a book i forget about it and move on to the next one -- so much so that often I won't be able to tell you much about it a year later. With this book, the more i think about it, the more I like it, especially the last few chapters. After i finished the book, i kind of sat there thinking about it -- like when a great movie has a great ending.

the narrator Feodor Chin does a great job with the cadence and pacing of the book, though -- to no fault of his -- i found the inter-chapter scene changes that were noted in the book were not easily captured in the audio because there isn't any audio cue for that. that made some of these transitions harder to follow but it doesn't detract from the overall experience.

to fully experience it, it is good for listening to on a long walk or something where you won't get distracted.

This Taiwanese family, transplanted to Alaska by the father, endures hardship and tragedy pretty nonstop, as seen through the innocent and confused child’s eye of the oldest son. It was painful to read, but I was drawn in needing to know how bad it could get, and by the hope that things would get better for these characters I had come to care about. Now that I’m done, I realize what a vivid emotional and physical world the author created, and I’m grateful to have in my bones such clear images of the family and community members and a glimpse of the struggle that this family had on their journey of survival and integration into the U.S.

Narrator's Style Not Suited to Story

I could not listen to Feodor Chin read the story. His delivery, for me, doesn't work for the text. Others may feel differently, but i wish I had not purchased the audio version.

I had read two reviews recommending this book. Both giving rave reviews.Therefore I sought out the title on audible to read. I found it to be depressing and sad. The story itself is tragic and depressing but many stories in life and literature are, that does not stop a good story from being compelling to read and / or listen to. This one was not. I also often found it boring. I kept waiting for it to get better. For it to turn a corner and improve. It never happened. Don't waste you time.