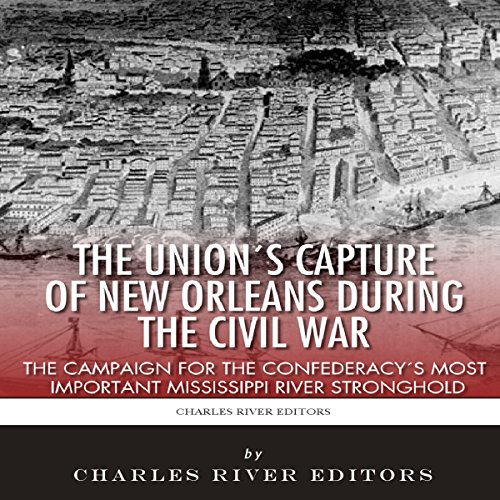 The Union's Capture of New Orleans During the Civil War

"As the officers and soldiers of the United States have been subject to repeated insults from the women (calling themselves ladies) of New Orleans in return for the most scrupulous non-interference and courtesy on our part, it is ordered that hereafter when any female shall by word, gesture, or movement insult or show contempt for any officer or soldier of the United States she shall be regarded and held liable to be treated as a woman of the town plying her avocation." - Benjamin Butler's General Order No. 28

In 1860, New Orleans was just as unique a city as it is today. It was racially and linguistically diverse, with many French, German, and Spanish speakers, and a population of white, black, and mixed-race inhabitants. Louisiana's population was 47% slave and also had one of the largest numbers of free blacks in the country. Situated near the mouth of the continent's largest river, the Mississippi, it was an international center for trade and industry. New Orleans was the sixth largest city in the country and the largest in any of the states that would end up joining the Confederacy. The volume of trade through its port was second only to New York, and the city's commercial ties with England and Spain and cultural ties with France meant that the European powers would be looking closely at how the city fared in the Civil War, especially after it was occupied by Union forces. The Lincoln administration, fearful of European meddling in the war effort, had to constantly keep European opinion in mind when dealing with the captured city, and the story of New Orleans in the Civil War is one of far-reaching political, racial, and social tensions.

Orleans was minding her own business being fair with trade, and Spain couldn't take her down, with 250k men, Orleans remained French but with 300k natives who also were family in some way, were taken down by propaganda much like today, and then terrorize. Now the enemy uses Fear Porn of the news to put test to see your ways. The one thing I would like to see is exactly how was New Orleans Napoleons to sell if he had brothers? Most likely his mother and father were alive. Relatives Down in New Orleans. I knew it I knew it, now explain from Ben Butlers time until 1896