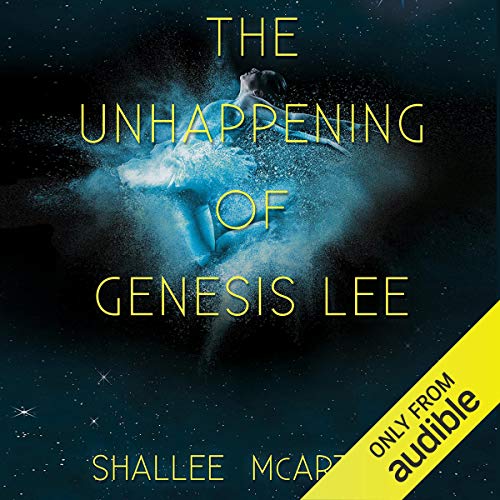 The Unhappening of Genesis Lee

The Unhappening of Genesis Lee

What would it feel like to never forget? Or to have a memory stolen? Seventeen-year-old Genesis Lee has never forgotten anything. As one of the Mementia small group of genetically enhanced humans, Gena remembers everything with the help of her Link bracelets, which preserve them perfectly. But Links can be stolen, and six people have already lost their lives to a memory thief, including Gena’s best friend. Anyone could be next. That’s why Gena is less than pleased to meet a strange but charming boy named Kalan who claims not only that they have met before, but also that Gena knows who the thief is. The problem is that Gena doesn’t remember Kalan, she doesn’t remember seeing the thief, and she doesn’t know why she’s forgetting things or how much else she might forget. As growing tensions between Mementi and ordinary humans drive the city of Havendale into chaos, Gena and Kalan team up to search for the thief. And as Gena loses more memories, they realize they have to solve the mystery fastbecause Gena’s life is unhappening around her.

Great story about love and loss. Lots of twists and turns. The main character and her struggles through the book felt so realistic, and the narrator portrayed her emotions well.

This book had a unique idea. It moved along quickly without too much unimportant detail. I read the entire thing in two days.

I had fun listening to this story but found it hard to progress quickly, it felt a little sluggish around the end but when finishing it I felt happy.

Cassandra’s performance gets top marks as always and I’m excited to listen to more of her work.