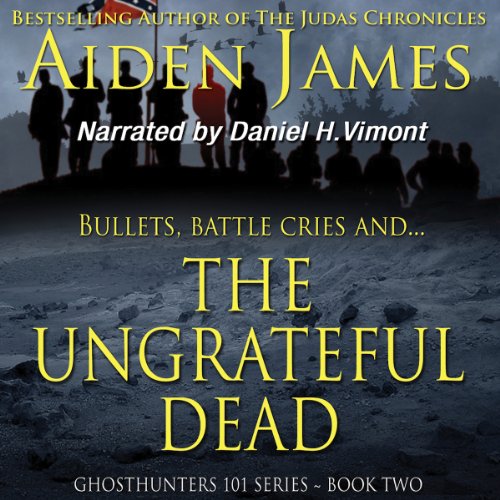 Angie Meyers left a legacy of blood during her Nashville serial killing spree, and yet, the ghost hunting gang known as NashVegas Paranormal has survived her summer betrayal against them. Things are finally looking up for the group, and a potential hit reality TV series based on NVP's haunting investigations is in the offering. But once a tour of the most famous Civil War battlegrounds and graveyards begins in late November, a new menace arises from the shadows surrounding these famous haunts.

A rogue group of Civil War enthusiasts have taken offense to the legion of ghost hunters participating in the tour, and are incensed by a planned celebration of one of the war's bloodiest conflicts, the Battle of Franklin. Soon, the body count rivals the carnage wrought by their former colleague, and Jimmy and Fiona are left with the task of finding and exposing the killers before it's too late - before they or their close friends end up with the same fate as the spirits they seek. Dead.

What listeners say about The Ungrateful Dead

Would you be willing to try another one of Daniel H. Vimont’s performances?

Same with this one. Good story Bad narrator.

Do you think The Ungrateful Dead needs a follow-up book? Why or why not?

Yes becuse dipite how I felt about Mr Vimont's narration the stories were very good.