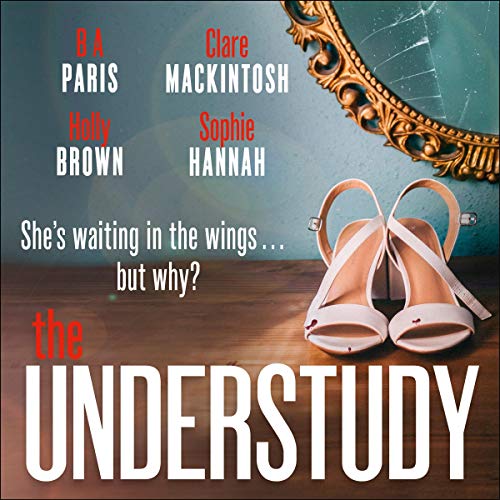 How far would you go to protect your daughter?

Four mothers must identify the true threat at their daughters' school before it's too late.

Carolyn, Bronnie, Elise, and Kendall are bound together by one thing - their four daughters are best friends at the highly competitive Orla Flynn Academy for the Performing Arts.

Last year the foursome exploded because of brutal bullying between the girls, but they've since forgiven each other. The mothers, however, haven't been able to move on. When new threats surface and 'accidents' begin to happen - just as a mysterious new girl enters the scene - the mothers take matters into their own hands.

But they will have to risk their own secrets being exposed if they stand a chance at uncovering the truth....

What listeners say about The Understudy

The MOST ridiculous book of all time. Adults acting like dramatic children with unbelievable characteristics. I had high hopes given the writers, however - a Really, really bad book.

Narrators are not a problem - not their fault the story is so bad!

Quite twisty but very long

I love Sophie Hannah and also like BA Paris so thought I’d try this. Never read the other two but sure there must be similar!
There are lots of good elements to this story and it has quite a few twists and turns which keep you guessing. It was a little too long and drawn out for me. All the characters seem to be baddies!

Quite a fascinating story. It went on a bit too long but very well written. The people were mostly unpleasant, and were sometimes within a whisper of being characatures , but I really enjoyed the book, and the integration between the writers was excellent. They must have had great fun.