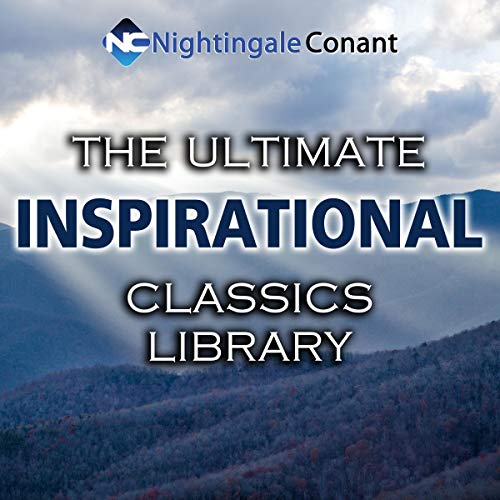 In this audio series, you’ll hear, in their entirety, the following four classic titles. I’ll give you just a short description here of each of these titles that will follow, in the order that they will appear:

Acres of Diamonds by Russell H. Conwell: Considered by many to be one of the finest speeches ever written, Acres of Diamonds offers a multitude of lessons about the rewards of work, education, and finding the riches of life in one's own backyard. In an era when many Americans would pack public halls to hear speeches given by the greatest citizens of their day, Russell Conwell read his world-famous lecture hundreds of times, and used the income he earned delivering it to found a small seminary to train Baptist ministers. That school soon grew into Temple University, one of the first universities to offer affordable education to working-class Americans: It stands today as an inspirational classic.

The Art of War by Sun Tzu: This all-time classic is still perhaps the most prestigious and influential book of strategy in the world, as eagerly studied in Asia by modern politicians and executives as it has been by military leaders since ancient times. As a study of the anatomy of organizations in conflict, The Art of War applies to competition and conflict in general, on every level from the interpersonal to the international. Its aim is invincibility, victory without battle, and unassailable strength through understanding the physics, politics, and psychology of conflict.

The Master Key System by Charles F. Haanel: The book that will not only leave you "feeling" good but also "thinking" good. In The Master Key System, presented as a series of 24 lessons, Charles Haanel discusses everything from how to feel healthy to how to become wealthy. Using precise logic and a consistent, common-sense framework, Haanel shows us how to achieve that what we most desire. The Master Key System is rumored to be what inspired Bill Gates to leave Harvard and start Microsoft, and was also one of the main inspirations for the best seller The Secret.

I Dare You! by William H. Danforth: This is the expression of William H. Danforth's personal philosophy of "four-square" personal development. Much more than a primer on the mechanics of balanced success, it is a riveting and motivational incitement to action. This book will provide you with the road map for success as well as a jolt of energy encouraging you to follow that path and fulfill your potential. William H. Danforth, who founded the Nestle Purina company, saw life as a type of checkerboard. Danforth believed that four key components (or "squares") - the mental, the physical, the social, and the religious - needed to be in balance in order to achieve fulfillment and success in life. Danforth’s inspirational ideas, originally published in 1931, urge listeners of any age to take chances and fulfill their full potential through his strategies of becoming a more risk-taking person.

So, here you have it: four of the greatest success classics, all in one place, published by the pre-eminent publisher on success worldwide, Nightingale-Conant.

What listeners say about The Ultimate Inspirational Classics Library