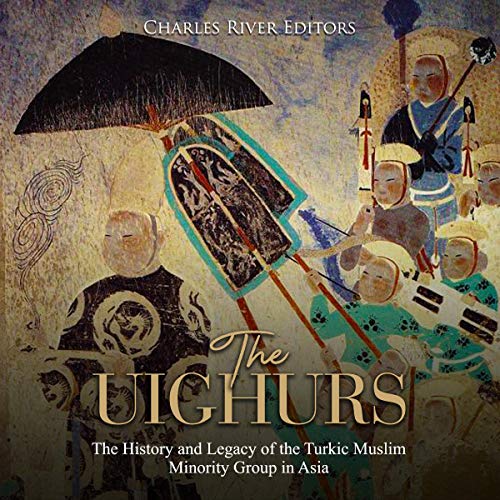 Most today are all too familiar with the unimaginable horrors, hardship, and heartache suffered by millions of North Koreans each passing day, as well as the unspeakable circumstances in Syria, Afghanistan, Yemen, and other war zones, as they very well should be. Average consumers of international news, however, are completely ignorant of the hideous plight and even the existence of the Uighurs themselves, a unique, multi-faceted people paddling strenuously in similarly dire straits.

For the most part, the Uighurs are based in East Turkestan, more commonly referred to as the Xinjiang Uighur Autonomous Region of the People's Republic of China. This prodigious plot of land boasts a total land area of over 1.665 million km², or 640,000 mi², and is, as China puts it, the largest administrative division in the country. The pro-independence inhabitants of East Turkestan, on the other hand, have been fighting for decades to regain sole control of their motherland - as of now, to no avail.

The Uighurs' active pursuit for independence is not an isolated phenomenon. It is reminiscent of the ongoing friction between Taiwan and China, as well as Hong Kong and China, the independence-seekers of the former states struggling to sever its ties with the Red Dragon. That being said, unlike Taiwan, which is managed by an entirely separate constitutional democratic government, and Hong Kong, classified as a special administrative region run by a Chief Executive and Executive Council with its own judicial system, Xinjiang, though technically autonomous, is still very much under the Chinese yoke.

Xinjiang is overseen by its own Communist Party Secretary and Chairman, who are reviled as “puppets of Beijing” behind closed doors. In 2012, Uighurs discreetly disseminated a poem about a former Xinjiang Chairman entitled “Salaam, Nur Bekri”, which skewered Bekri for his ineffective leadership; among their concerns were the climbing unemployment rates within the Uighur community, and the overtly preferential treatment the Han Chinese received. “Closed doors” and “discreet” are key words here. See, while China has been known to breach its agreements with Taiwan and Hong Kong regarding non-intervention on judicial cases and their rights to self-govern, the residents of these states possess the power to exercise freedom of speech, and are granted unfettered access to the internet. This concept, regrettably, has been forgotten by the Uighurs and the country's majority Han Chinese population.

Even more alarming, insiders say its people are imperiled, and this once thriving culture itself is no longer inching, but hurtling towards extinction. An untold number of Uighurs have, and continue to vanish without a trace. The Chinese government claims that the 13,000 or so imprisoned (and executed) since 2014 were radical separatists and “murderous devils” with poisonous vendettas.

A fraction of the Uighurs have been connected to violent acts of terrorism, but the often flimsy and incomplete evidence presented to defense teams certainly warrants some pause for thought. On top of the countless others supposedly snatched off the streets for speaking their minds, fostering their customs, or simply being kin to Uighurs who fled and turned refugee, over a million have been bussed to so-called “re-education camps” or “vocational training centers”. These are no different from “boarding schools”, Xinjiang officials insist, yet survivors have likened these detention centers to inescapable concentration camps.

The Uighurs: The History and Legacy of the Turkic Muslim Minority Group in Asia examines the origins of the Uighurs, their long history, and the notorious current events involving the Uighurs in China.

What listeners say about The Uighurs