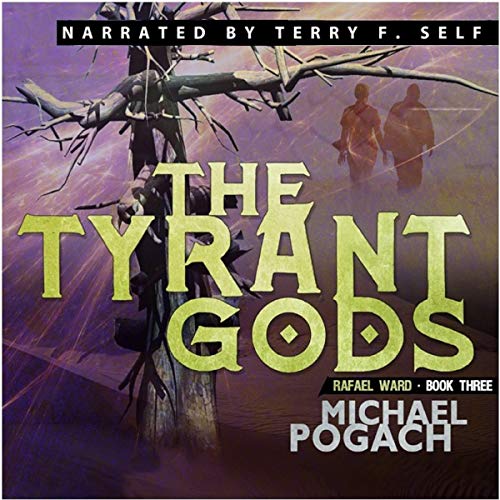 In tomorrow’s America, the children are the new enemy....

The revolution has begun. The Republic is in turmoil. Meanwhile, 7,000 miles away, Rafael Ward is teaching again. Granted, he’s a prisoner in a secret desert fortress, and Sam is still in a coma, but for the first time in years, he’s almost content. Until Sam’s doctor, Rivka, reveals the key to Sam’s recovery can be found in the lost tomb of Hannibal Barca.

Together, Ward and Rivka engineer a daring escape, only to find themselves in a race against time and a mysterious assassin, to unearth Hannibal’s secrets. What they discover in the tomb will determine more than Sam’s fate. It will influence the future of MacKenzie’s revolution, as well as her relationship with the Seer. It may even lead to all-out war between the gods.

"Pogach combines faith, mystery, and occult intrigue with a protagonist who is always on the edge.” (CT Phipps, author of The Rules of Supervillany)

“A thrilling new twist on Fahrenheit 451 for the 21st century.” (Javier Avila, award-winning author of Different)

What listeners say about The Tyrant Gods