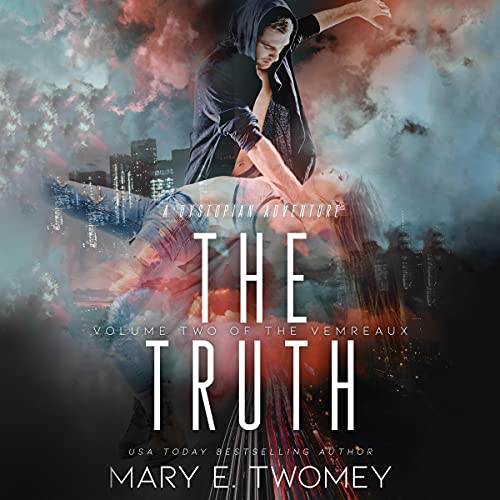 By: Mary E. Twomey
Narrated by: Madeline Mrozek
Try for $0.00

Living in the real world is a lot more confusing than Blue Anders bargained for. While Sam is patient with her, Baird is not - demanding the utmost perfection from his sister before she travels to the O-blood island to destroy the predator.

Emotions run high as Blue trains with Sam, Alec and Brody, who insist on fighting the battle with her. With the crowned prince of Europe declared among the missing, the emperor teams up with Blue to bring his son home.

Blue doesn't count on falling in love with Sam, or being taken in by the royal family, but she finds herself clinging to the last moments of the life she always wanted before going off to fight her final battle.

What listeners say about The Truth

Series books are a hit or miss with me. With the exception of The Outlander series, I usually bore by the second book. I CANNOT WAIT FOR BOOK 3 IN THIS SERIES! Book 1 was good but I had some issues with it. I liked it enough to pick up book 2 though and boy, oh boy, am I glad I did. The narration was stellar! With the different voices and accents, the narrator was able to convey each voice without confusion. Book 2 took us deeper into Blue's development with both Baird and Sam and the rollercoaster ride was an absolute thrill. Book 2 ends on a wonderfully delicious note and I found myself suffering from withdrawls when I realized that book 3 was not yet available. Hey powers that be, let's get that third book narrated already!!!!

The story's infrastructure is built with textured visual language along with a multifaceted narration. The listening experience is intense, clever and delightful throughout the entire book. I have so delighted in the story and the brilliance in how it is narrated. Thank you for the adventure and love story!

I love the world and characters that Mary Twomey has created. We really get to see Blue, Baird, & all of the other characters grow into more complicated characters. I was a little let down by the lack of one or two characters that were in the first book but other than that I don't think I can think of a single negative thing to say about The Truth. I have looked around for a release date for the audiobook version of "The Lie" but I have not been able to find anything online about the final book in the series being released in audio format. I'm dying to finish the trilogy and hope the audiobook is not too far away. As usual the narrator did an amazing job. Pick up this series you won't regret it.