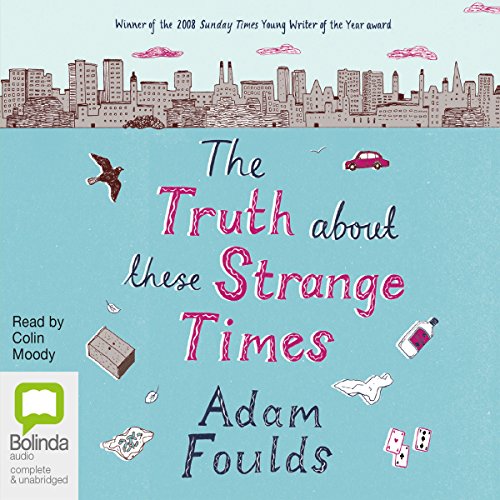 By: Adam Foulds
Narrated by: Colin Moody
Try for $0.00

Saul Dawson-Smith can memorise the sequence of a shuffled deck of cards in under a minute; he can recite pi to a thousand decimal places and he remembers every conversation he's ever had. He is 10 years old. Howard McNamee is 28: lonely, overweight and poorly-educated. He lives in the north of England, far from the scene of his difficult Glasgow childhood, in the home he shared with his mother before she died. Struggling to pay his rent with a succession of menial jobs, Howard comes home each day and talks to the late Mrs McNamee, as he sits in front of the wardrobe that still contains her clothes. Through a series of unexpected events, these two solitary people find themselves forming an unlikely friendship, as Howard is taken under the wing of Saul's parents, thrust into a life in London (where he makes new friends, tries to navigate a bewildering new city, and accidentally acquires a Russian internet fiancee) and Saul prepares himself for the World Memory Championships - the event he has been training for his whole life.

But as the pressure mounts on the little boy, and his well-meaning but single-minded parents grow increasingly less able to see beyond their own ambitions for their son, Howard realises he must act to save his small friend from a life of soul-destroying competitions and unbearable expectation. The decision he reaches turns all of their lives upside-down.

"Accomplished and confident... there is much to admire in this debut, from the assured descriptions to the well-judged blend of comedy and drama." (The Times)
Winner of the Sunday Times Young Writer of the Year Award (UK)

What listeners say about The Truth About These Strange Times

This a book that slowly drew me in bit by bit. The development of the characters and the relationships they have were experienced more than actually described. The narrator is amazing.

I really enjoyed this book. The vocabulary was fun and beautiful. The characters and plot unique and interesting. The narration was magical.

The story is kind and nuanced, and the writing superb. Colin Moody's narration presented the various accents extremely well and enhanced the power of the novel for me.

This was a bit of a strange story, where you kept hoping the main character would get things right and everything kept going wrong. It was worth listening to, but I found it all a bit depressing in the end. Some good funny bits and some good characters. The narration was pretty good, but sometimes the narrator got a bit muddled with the accents!