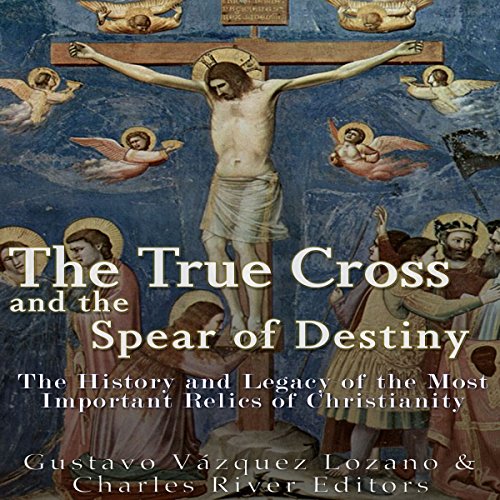 The True Cross and the Spear of Destiny

The History and Legacy of the Most Important Relics of Christianity
By: Charles River Editors
Narrated by: Scott Clem
Length: 1 hr and 18 mins
Categories: History, Ancient History
4.5 out of 5 stars 4.5 (2 ratings)

The True Cross and the Spear of Destiny

That Jesus of Nazareth (ca. 4 BC-30 CE) was crucified is the closest to a historical fact anyone can say about him. Biblical scholars have spent centuries debating the details of what Jesus did and said, but this crude fact - that Jesus suffered capital punishment at the hands of the Roman authority by crucifixion - is accepted by the overwhelming majority of scholars. That there once was a cross where Jesus suffered and died is, therefore, the sequential logical affirmation.

Jesus's destiny was not uncommon. Indeed, many other Jews perished were nailed to a wooden cross on the outskirts of Jerusalem (thousands, according to the historian Josephus, who was an eyewitness to the great Jewish revolt against Rome). The cross, a symbol of failure and shame for those who died on it and their families, was considered, from the dawn of Christianity, as the climactic moment in the career of its Messiah: his crucifixion and the ascension to his throne as the true king of the Jews. Hence, once the persecution against Christianity was over, and after enough time had passed, those who were interested, began to search for the truth in the evidence. To be able to look at, contemplate, kiss, or preferably take home a piece of the True Cross of Jesus, became the obsession of believers, kings, and emperors alike.

According to Gospel narrative, along with the cross and the Holy Grail, another object has maintained an enigmatic and disturbing presence throughout history: the Spear of Longinus, that of the Roman soldier who pierced Jesus's side. The True Cross was a relic for healing and protection, but the spear, according to legend, was predestined for war and conquest.