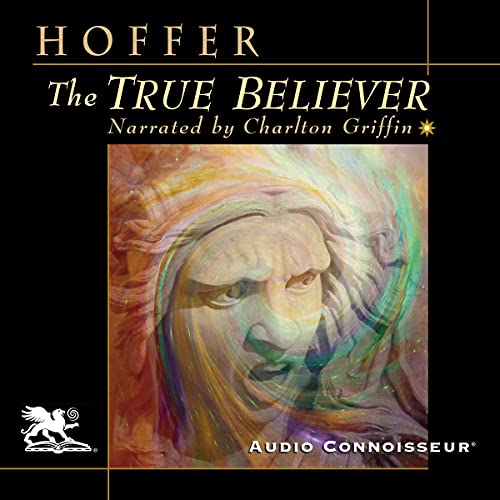 By: Eric Hoffer
Narrated by: Charlton Griffin
Try for $0.00

The True Believer is a classic study on the rise and spread of mass movements along with a psychological profile of the fanatics who drive these violent political and social upheavals. Although the political landscape of 1951 is far different from that of the present era, Eric Hoffer's book has nevertheless provided us with remarkable descriptions that fit the kinds of people who join various extremist mass movements today. It is a terrifying portrait of the mind of the fanatic. All it takes to lure people into mass movements is something to attract those with a sense of personal failure. These misfits and outcasts are offered the opportunity of joining a cause that allows them to forget their own perceived defects. By joining a righteous cause, the individual believes he has transcended his inferior self. He disappears into "the movement" and takes on a new identity. By destroying the past and present, the fanatic seeks to build a future utopia that will make his former identity seem trivial. It is a frightening prospect, and potential followers are always at hand.

"This brilliant and original inquiry into the nature of mass movements is a genuine contribution to our social thought." (Arthur Schlesinger, Jr.)

What listeners say about The True Believer

Explains the Absurd Politics of Today

This book should be required reading at all levels of education written in 1951 by the Longshoreman Philosopher Eric Hoffer. There are so many gems of wisdom in this book that analyzes the many psychological factors involved in what attracts so many to revolutionary mass political movements. Originally meant to explain the strange attraction to such infamous autocrats as Stalin, Hitler, Lenin, Chiang Kai-Shek, and Sun Yat-Sen, Hoffer’s great book is extremely prescient of today’s political atmosphere and attraction to the absurd and Radical Chaos of the Democrat Marxist Socialism Movement in America. The personalities of leaders and followers of those attracted to Antifa and Black Lives Matter is exposed in shocking detail by analogy to earlier precursors! You will not regret listening to and reading this remarkable book. It remains a favorite book of mine especially after listening to George Guidall’s excellent rendition.