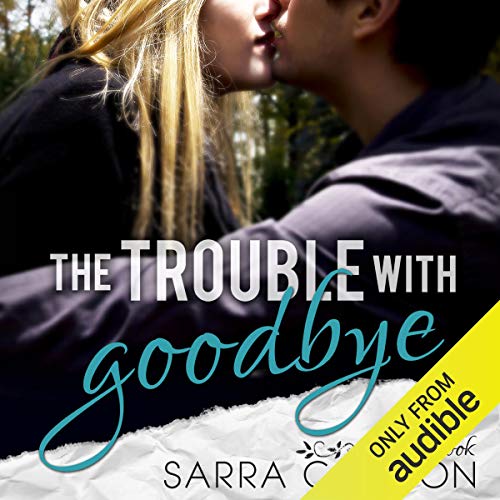 The Trouble with Goodbye

The Trouble with Goodbye

By: Sarra Cannon
Narrated by: Carly Robins
Free with a 30-day trial

Two years ago, Leigh Anne Davis shocked everyone in tiny Fairhope, Georgia when she broke up with her wealthy boyfriend to attend an Ivy League university a thousand miles away. At school, she finds a happiness and independence she's never known. Until one terrifying night takes it all away from her. With no place else to go, Leigh Anne heads home to reclaim her old life. A life she worked so hard to escape. On the outside, she seems like the same girl everyone has always known. But deep inside, she's hiding a terrible secret. That's when she meets Knox Warner, a troubled newcomer to Fairhope. His eyes have the same haunted look she sees every day in the mirror, and when she's near him, the rest of the world fades away. But being with Knox would mean disappointing everyone all over again. If she wants to save what's left of her old life, she has no choice but to say goodbye to him forever. Only, the trouble with goodbye is that sometimes it's about courage and sometimes it's about fear. And sometimes you're too broken to know the difference until it's too Trouble With Goodbye is the first book in the Fairhope. An Amazon and iBooks Top 25 Best Seller!

What listeners say about The Trouble with Goodbye

The Trouble with goodbye

Time to be me

Would you listen to The Trouble with Goodbye again? Why?

Yes, it had a gripping story that took you on the journey with the main character. She was written with depth and you really felt a connection to her.

How well the emotions were described.

When Leigh Anne tells Knox what she has been holding back.