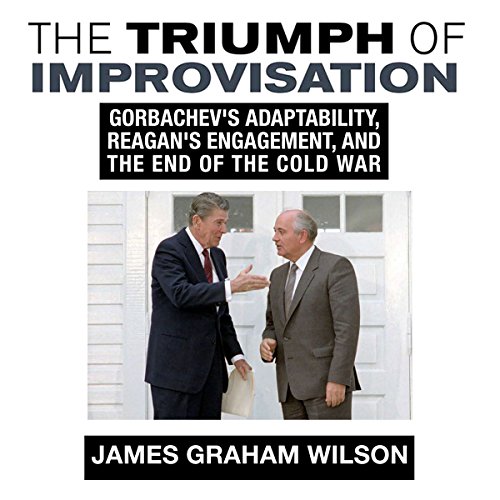 The Triumph of Improvisation

In The Triumph of Improvisation, James Graham Wilson takes a long view of the end of the Cold War, from the Soviet invasion of Afghanistan in December 1979 to Operation Desert Storm in January 1991. Drawing on deep archival research and recently declassified papers, Wilson argues that adaptation, improvisation, and engagement by individuals in positions of power ended the specter of a nuclear holocaust. Amid ambivalence and uncertainty, Mikhail Gorbachev, Ronald Reagan, George Shultz, George H. W. Bush, and a host of other actors engaged with adversaries and adapted to a rapidly changing international environment and information age in which global capitalism recovered as command economies failed.

Eschewing the notion of a coherent grand strategy to end the Cold War, Wilson paints a vivid portrait of how leaders made choices; some made poor choices while others reacted prudently, imaginatively, and courageously to events they did not foresee.

" The Triumph of Improvisation is an important book... The writing is accomplished, the narrative smooth, the organization effective, and the analysis sophisticated." (Robert J. McMahon, Ralph D. Mershon Distinguished Professor of History, The Ohio State University)
"I can think of few if any books that so comprehensively describe White House policymaking toward the Soviets, with an eye toward Reagan's confounding leadership style, as The Triumph of Improvisation. James Graham Wilson's impressive archival work really shines through in his analysis of the Reagan years." (Jeffrey A. Engel, Southern Methodist University, author of The China Diary of George H. W. Bush: The Making of a Global President)

What listeners say about The Triumph of Improvisation

the author is or pretends to be ignorant about undercover events, only the newspaper facts