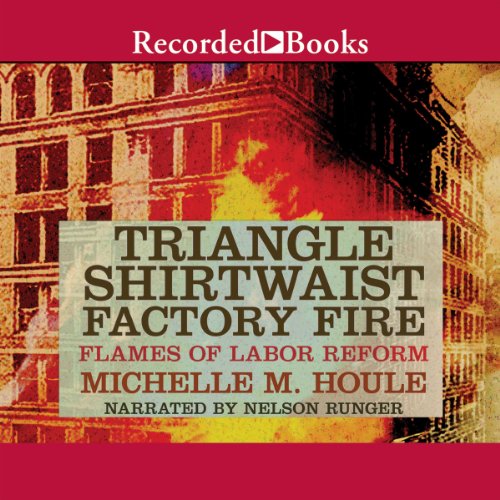 Early in the 20th century, hundreds of New Yorkers - mostly women - worked in perilously cramped conditions at the Triangle Shirtwaist Factory. On March 25, 1911, disaster struck when a fire spread quickly through the building. One stair well exit was blocked by flames. Another exit was closed and locked - to keep employees from stealing. Many people jumped to their deaths from the building's ninth floor to avoid being burned alive. Others perished when the over loaded fire escape collapsed. After the blaze finally stopped, 146 people were dead - and the flames of labor reform were ignited . Soon, new safety and workers ' compensation laws were created. And in just a few months, the American Society of Safety Engineers was created to improve conditions in the workplace. In this powerful book, author Michelle M. Houle provides a vivid re-creation of this terrible event and also details the reforms it triggered. Nelson Runger - acclaimed for his nonfiction readings - delivers an unforgettable narration.