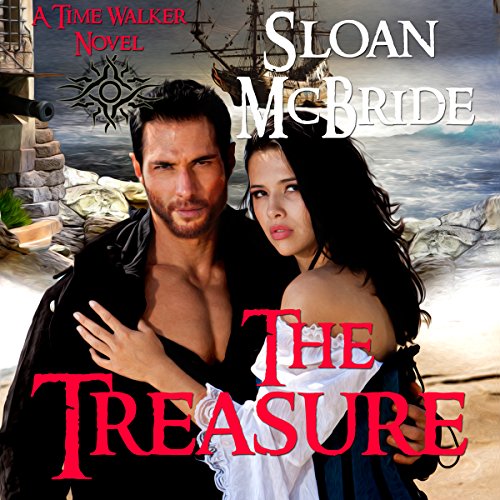 By: Sloan McBride
Narrated by: Jack Wadsworth Nolan
Try for $0.00

"A pirate's life for me", that is Celeste's plan. Revenge drives her to be daring. Attacks by smoke demons, and the appearance of a swashbuckling rogue - a handsome rogue with magical powers - detracts her from the mission and reveals frightening truths about her family.

Orion is a time walker - a protector of the human race - and warrior against the Underworld King and his minions. The shadowy creatures seek the young woman who has the blood of the gods running through her veins. Orion senses something mysterious - and wrong - in Celeste's blood.

Time Walker law dictates no interaction with humans, but Orion can't stay away. Celeste has the uncanny ability to draw demons and time walkers alike. To protect her, Orion must keep her hidden from the Underworld and his own people. Should the gods discover her secret, they will destroy her, and he won't let that happen.

What listeners say about The Treasure