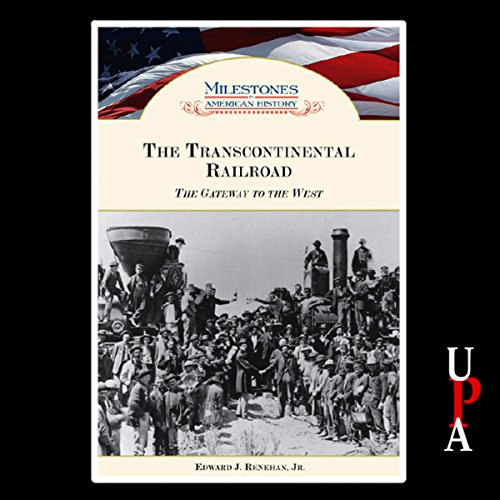 The Gateway to the West
By: Edward J. Renehan Jr.
Narrated by: Daniel Wallace
Length: 2 hrs and 39 mins
Categories: History, American
3 out of 5 stars 3.0 (1 rating)

In May 1869, the U.S. railroad network unified when the Central Pacific and Union Pacific railroads came together in Promontory, Utah. The Transcontinental Railroad: The Gateway to the West discusses this important milestone in the expansion of the United States and its impact on the nation, both positive and negative. This book tells how the east-west railroad played an integral role in opening western markets to the residents of the eastern United States, but it also examines how the railroad led to the demise of many American Indian groups in the West. This is a brief introduction to the history of the subject. The audiobook is published by Chelsea House Publishers, a leading publisher of educational material.