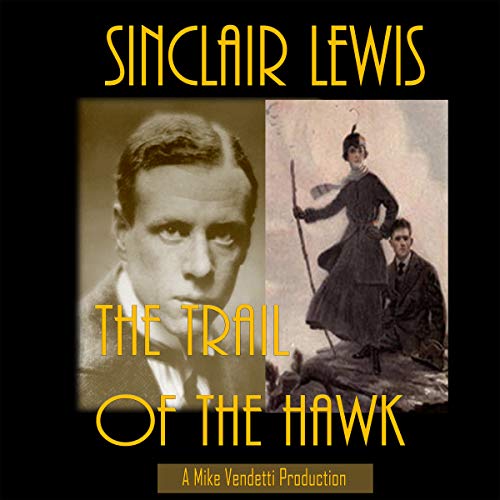 The Trail of the Hawk

The Trail of the Hawk

We travel with The Hawk, or Carl Ericson, son of Norwegian immigrants, born at the end of the 19th century, through the first three adventurous periods of the young man's life. We see him as an adventurous boy, running away with Gertie Cowels, the girl that lives in the big house in the better part of town, only to be rescued by Bone Stillman, a backwoods philosopher and influence on Carl.

He leaves his childhood, Gertie and Joralemon behind, for a short attempt at higher education, then to pursue the hobo life, a Bowery bartender, an engineer in Panama, and an aviator. It is during the aviator phase that he becomes Hawk Ericson barnstorming his way across America, an exciting but dangerous lifestyle. Leaving aviation after too many close calls, and the loss of his best friend, he becomes an automobile man, and moves into phase three.

It is in phase three - love adventure - that we find The Hawk in New York, mingling with polite society quite by accident. He is smitten by Ruth Winslow, while riding on a streetcar after a fight with Gertie, and follows Ruth to a party that he crashes. I truly enjoyed narrating this novel, and believe the listener will enjoy it, a trip into post-Victorian, pre-Jazz Age America.