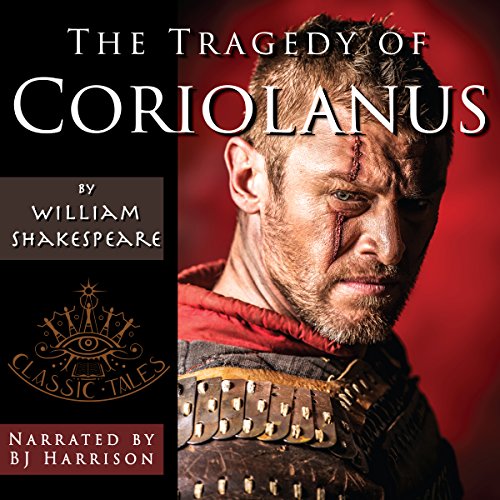 The Tragedy of Coriolanus

By: William Shakespeare
Narrated by: B.J. Harrison
Try for $0.00

Pride, justice, and vengeance. Aristocracy and democracy vie for ultimate power over Rome, and each faction violently erupts when Coriolanus takes the political stage. After receiving glorious accolades for taking an enemy city when the plebian soldiers cowered without the gates, the common people find his arrogance and pride offensive. Now, banished from the very city for which he was prepared to lay down his life, he strikes up an unholy alliance with his country's enemies. His intent is clear - to wreak upon Rome the full magnitude of his unparalleled revenge.

Three years ago, BJ Harrison revolutionized the Shakespeare/audiobook format in his groundbreaking production of Hamlet. Now he brings the perhaps lesser known but equally powerful Tragedy of Coriolanus onto the audio stage.

Not only is the text well interpreted and presented, the play has been optimized for the audiobook format. To make the text more understandable in the audio format, an introduction is read at the beginning of each act. Also, each speaker is clearly marked with his own voice and narrative tags. This is the perfect way to discover the wonders of Shakespeare in an audio format. Students and Shakespeare veterans alike will enjoy this powerful production.

What listeners say about The Tragedy of Coriolanus