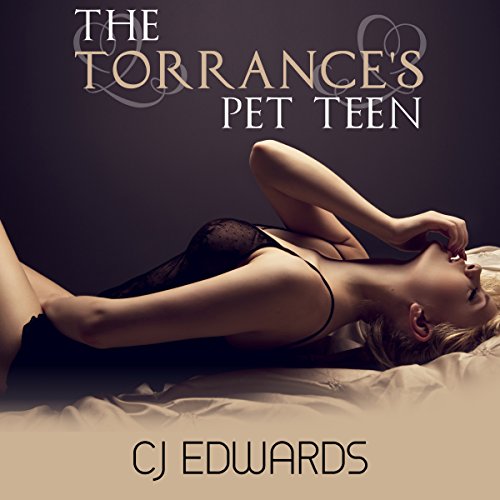 College girl Millie was still deeply in debt to her middle-aged neighbors and they made sure she knew it. Marching next door to sort things out with them, she soon found herself naked in their hallway with Mr. Torrance's lips around her nipples and his hand in her crotch. The hopelessness of her situation is soon made clear as she is collared and taken to a party as their pet. There is no way out, so what else can she do but make the most of things?

Dave appeared over his wife's shoulder and pulled the young woman into the house. With one strong hand in the middle of her chest, he pushed her hard against the hallway wall and held her firmly in place as he spoke in a low voice, his face only a couple of inches from her own. "Three thousand and 400 pounds is what you owe my body shop for sorting your mess out young lady. Do you really think that 12 hours of sex is worth that, eh?" He took his hand off her chest to grab her thin top in both hands before ripping it in two, revealing her pale little breasts. He closed his mouth over hers and engulfed her tits in his massive hands.

Millie didn't struggle but still made indignant noises for a few moments before her body completely relaxed and she succumbed to this strong man, twice her age. He devoured her mouth and pulled on her nipples before lowering his hands and stripping away her skirt and underwear. The confused young woman stood naked in her neighbors' house once more as Dave played her body like a musical instrument and the limited amount of control she had leaked away.

What listeners say about The Torrance's Pet Teen