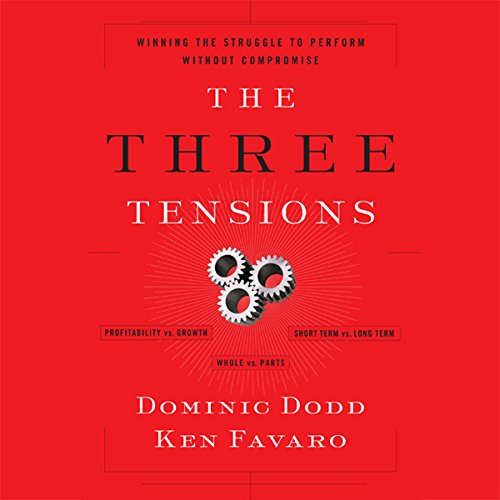 Profitability or growth? Results today or tomorrow? More synergy or better stand-alone performance? Ask managers which they want and most will tell you both. But they will also tell you that more progress on one front usually comes with less progress on the other. It's like squeezing a balloon in one place only to find that it expands elsewhere.

Based on four decades of experience working with some of the world's best-known companies, Dodd and Favaro explore the three tensions every company faces and how to overcome them. They draw on groundbreaking research into the 20-year performance of more than 20 chairmen and CEOs of corporations, such as Alcan, Barclays, BP, Cadbury Schweppes, Cardinal Health, Dow Jones, Gillette, Reuters, Roche, Textron, and Xerox.

The authors put forward a radical new way to assess company performance: batting average, a measure of how often competing objectives are achieved at the same time. They show how this matters more than any other single measure of operating performance and explain how you can raise your batting average to unlock better results.

"The essential insight - that the solution to these "tensions" lies not in 'balance' or 'compromise' but in a relentless focus on customer benefit, sustainable earnings and cultural norms - has the advantage of being both original and wise." ( Washington Post)

Worthwhile...a must for all managers!

I learned a great deal from this audio. It's a good listen for any manager who needs and wants to show great results today while at the same time, must build for the future. Its tactics to improve performance and excel at both profitability and growth are helpful for all executives.