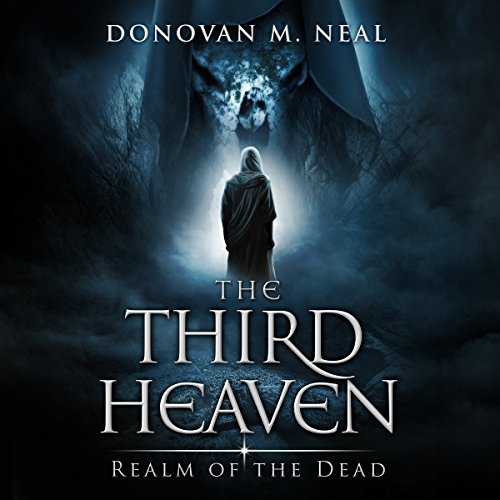 The Son of Man shall be three days and three nights in the earth.

Lucifer holds captive the archangel Talus as a prisoner of war. Will Lucifer's powers of temptation and torture turn his brother to his cause? Or will Talus remain faithful to the end?

Meanwhile, Jerahmeel and Michael's relationship is put to the test over the deserter Iblis. A traitor Michael has allowed back into Heaven, and exposing the realm to El's judgement. A decision that forces the newly appointed Chief Prince to come to terms with his own past. A past breach so startling that if healed, could unite the Seraph, Elohim, and Ophanim in common cause against Lucifer and the Horde...or once more plunge Heaven into civil war.

A truth so powerful that it forces Enoch, Gabriel, and Metatron to pass through the realm of Limbo to search out the only other man in all of Heaven who can help unite the celestial hosts...Elijah.

Meanwhile Yeshua's presence on Earth wreaks havoc on Lucifer's kingdom, but the Prince of Darkness will see him undone as the physical body of the Son of God is slain by crucifixion, sending Yeshua's spirit to Hell; and for three days and nights, the fate of both Heaven and Earth hang in the balance.

Will Lucifer finally win the prize he covets?

Experience the fascinating journey of the Son of God in the underworld, and marvel anew at the love of God, the spoiling of the Enemy, and the Lord's triumphant victory over Death, Hell, and the Grave!

What listeners say about The Third Heaven

Great story and great series. I was VERY disappointed that it was not narrated by Angelo Di Lorento like the first two. Angelo was so good with the characters that I knew who it was just by his tone of speaking. I would actually buy the Audible again if narrated by Angelo. Overall great work by Donovan. Please ask Angelo to narrate The Realm of the Dead and any future Third Heaven books.

Your first 2 books in this series are 2 of my favorite audible books I own. I 've probably listened to them both about 5 times each. I can't tell you how exited I was to see the new book come up on my list. I bought it immediately. After I started it my heart sank almost immediately hearing you narrating yourself. Not to be a hater but the narration of the first 2 books and this one is like night and day. You are a super good author and I LOVE your work but you shoulda definitely hired a narrator like in the first 2 books. I would 5 star this book all the way if you used the same narrorator!!!

Why was the narrator changed?

I absolutely love this series and couldn't wait to start the third book. But I was disappointed when I realized that Angelo was no longer narrating and it was difficult to relate this book to the previous ones. No offense to Donovan but If there are more books, please bring Angelo back.

I have enjoyed this series but the narration was better in the past two books.

Great story, so so teader

really liked the way the author brought the story together with actual scripture. well done. could use a better reader though

I love this series but was and I am very disappointed that the narrator changed from the first two books. I couldn't get past it the whole book. Other than that excellent book

Author should stick to writing

I have heard volumes 1 and 2, thoroughly enjoyed them. The story line of volume 3 is also great. But, the narrator is different and terrible at it. His accent difficult to understand, and just frustrated with this last audible version. I should have tried a sample before buying it. I feel like I will never know how this book ended, because I skipped to the end to leave this review. I will not spoil the other 2 books by listening to this poor excuse of narration.

I do love the story, I’m sure volume 3 is fantastic. But the author needs to stop narrating, and stick to writing.

The narrator wasn't as good as the original and there were editing issues as well.

Good story but the narrator should have listened to the previous books. He miss pronounced several names and titles in his reading

I really tried to listen to this...

Would you try another book from Donovan Neal and/or Donovan M. Neal?

Would you ever listen to anything by Donovan Neal again?

Would you be willing to try another one of Donovan M. Neal’s performances?

Never, what a headache, when will authors learn to leave it to the pros.