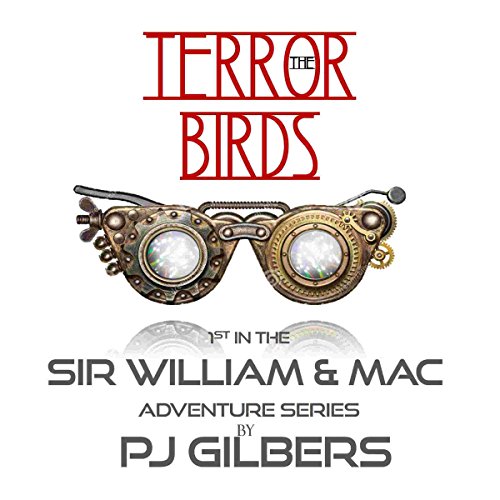 By: PJ Gilbers
Narrated by: Charles Hubbell
Try for $0.00

Sir William's story: Do you know what's the best thing about being a space trash pilot? You may think that it's blowing up floating debris around the planet, which is great, but for me, I got to wear my slippers to work.

But life changes, and I was sent on a mission, and I traded slippers for boots. I didn't want to go. But I did, and I killed this space monster who was eating my home planet, Fidea, and people seemed to like that. So, I became a “sir”. Now, I've been assigned to watch over this teenage Earthling named Mac.

I have no idea why.

Mac's side of it: My life was too weird. Mom had just died. I had to go live with my Aunt Maddy and my seven-year-old cousin who twirled everywhere she went. I had to accept that my cousin is a twirler. I had a bully, Rhett, who had a friend, Myron the Moron, who liked to pick me up and toss me around. And I seriously liked Rhett's sister, Rani.

My dad, a wildlife photographer, saw a video on YouTube about terror birds not being extinct. You guessed it, he took off to take their picture.

Like I said, my life is weird. But then I met Sir William and life went to a level of weirdness that defies description. He has these magical goggles. You put them on and you're transported to wherever “you expect to be.” Of course, we had to go save Dad from these flesh-ripping birds, who were not extinct, just very hungry. The goggles came in handy.

But that's not the end of the weirdness. It turns out that I'm not a normal Earth teenager. It seems that I have powers. And that, on Fidea, I am known as “The Mac”.

Weirdness is having a picnic in my world.

What listeners say about The Terror Birds