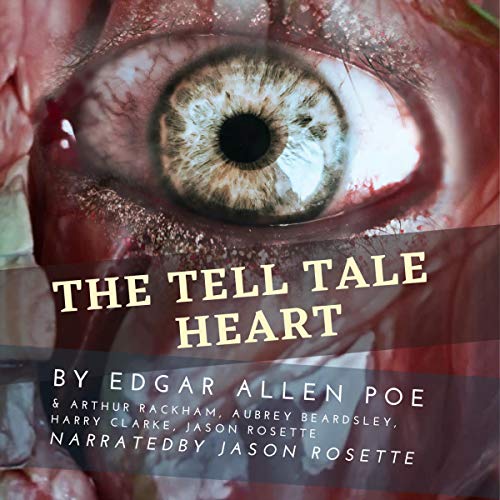 By: Edgar Allan Poe
Narrated by: Jason Rosette
Try for $0.00

"The Tell-Tale Heart" is Edgar Allen Poe’s renowned and chilling tale of murder and terror, told by a nameless homicidal madman, brought to life in this audiobook edition. This short literary masterpiece is often considered a classic of the Gothic fiction genre, and is one of Poe's best known short stories.

"The Tell-Tale Heart" influenced later stream-of-consciousness fiction and helped secure the author’s reputation as master of the macabre. Poe’s novel introduction of the narrator’s madness is a classic study in psychopathology; as his victim shakes with fear, the narrator confides: “I knew what the old man felt, and pitied him, although I chuckled at heart.”

Although Poe was only paid $10 for the story upon its original publication in 1843, his contribution to classic Gothic literary culture and the has been priceless, as the story continues to provoke and disturb fans to this day.

What listeners say about The Tell-Tale Heart