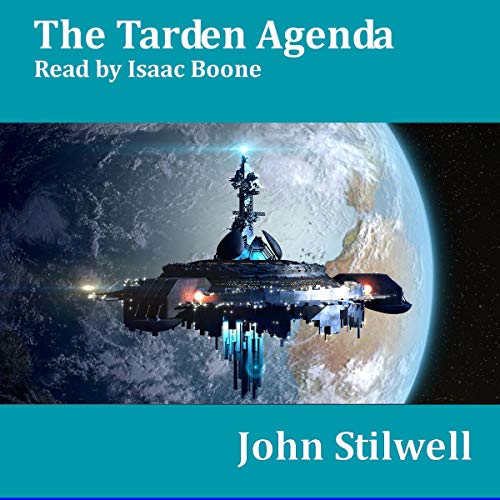 By: John Stilwell
Narrated by: Isaac Boone
Free with a 30-day trial

Earth has entered the Tarden Republic of Worlds. Humanity was been rescued from the brink of extinction and the world rejuvenated. It is a new Golden Age. But for how long and at what cost? Only a few could see the long game that the Tarden are playing, and it was one that wouldn't end well for mankind. Captain Brad Rutherford and Abbot Isaiah of the Church of Man team up to launch two missions to find new planetary colonies. One interstellar flight was in the public's eye and watched by the alien overlords. A second was in secret. Temporarily distracted, the Tarden send their own expedition to Alpha Centauri, hunting for signs of their ancient enemy. What they find changes everything. As the old abbot predicted, humanity wasn't in a Golden Age after all, but merely in a lull between terrible storms.

What listeners say about The Tarden Agenda

John Stillwell has created quite a sophisticated series here. I also really liked the narrator, he did a great job!