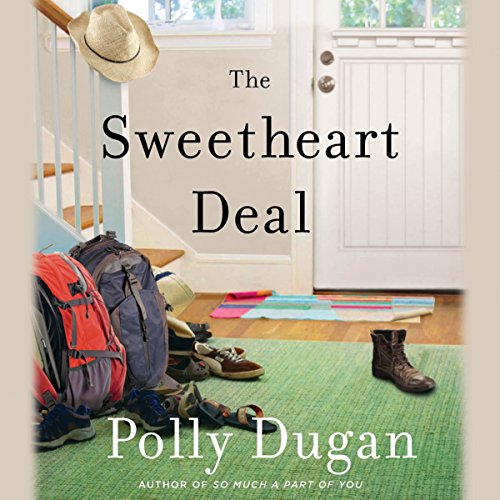 The poignant story of what happens when a woman who thinks she's lost everything has the chance to love again.

Leo has long joked that in the event of his death, he wants his best friend, Garrett, a lifelong bachelor, to marry his wife, Audrey. One drunken night, he goes so far as to make Garrett promise to do so. Then, 12 years later, Leo, a veteran firefighter, dies in a skiing accident.

As Audrey navigates her new role as widow and single parent, Garrett quits his job in Boston and buys a one-way ticket out west. Before long Audrey's feelings for Garrett become more than platonic, and Garrett finds himself falling for Audrey, her boys, and their life together in Portland. When Audrey finds out about the drunken pact from years ago, though, the harmless promise that brought Garrett into her world becomes the obstacle to his remaining in it.

"Heartfelt and wise, Polly Dugan's The Sweetheart Deal reminds us that every difficult ending can lead to a beautiful new beginning." (Sarah Jio, author of The Violets of March and Goodnight June)
" The Sweetheart Deal hits all of my favorite topics: loss, pain, friendship, betrayal - but ultimately love. It's the most romantic story I've read in years." (Elin Hilderbrand, author of Beautiful Day and The Matchmaker)

What listeners say about The Sweetheart Deal

This was one of the best books I have listened to in along time. It had a good story line and the way the characters spoke for themselves made it very enjoyable. It is worth a credit for sure!!