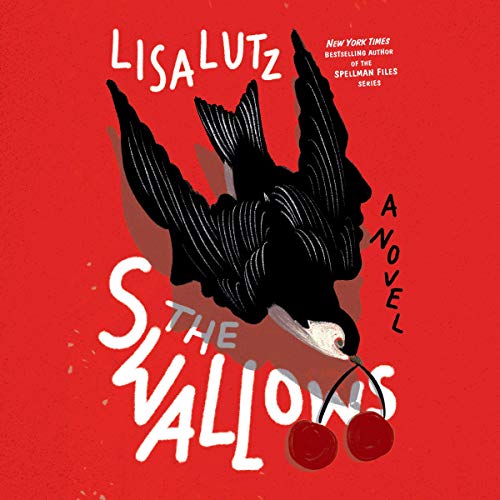 When Alexandra Witt joins the faculty at Stonebridge Academy, she’s hoping to put a painful past behind her. Then one of her creative writing assignments generates some disturbing responses from students. Before long, Alex is immersed in an investigation of the students atop the school’s social hierarchy - and their connection to something called the Darkroom. She soon inspires the girls who’ve started to question the school’s “boys will be boys” attitude and incites a resistance. But just as the movement is gaining momentum, Alex attracts the attention of an unknown enemy who knows a little too much about her - and what brought her to Stonebridge in the first place.

Meanwhile, Gemma, a defiant senior, has been plotting her attack for years, waiting for the right moment. Shy loner Norman hates his role in the Darkroom, but can’t find the courage to fight back until he makes an unlikely alliance. And then there’s Finn Ford, an English teacher with a shady reputation, who keeps one eye on his literary ambitions and one on Ms. Witt. As the school’s secrets begin to trickle out, a boys-versus-girls skirmish turns into an all-out war, with deeply personal - and potentially fatal - consequences for everyone involved.

Lisa Lutz’s blistering, timely tale of revenge and disruption shows us what can happen when silence wins out over decency for too long - and why the scariest threat of all might be the idea that sooner or later, girls will be girls.

Advance praise for The Swallows

“Wes Anderson meets Muriel Spark in this delicious and vicious battle of the sexes set within a private school. Wickedly fun and wildly subversive but packing an emotional punch, The Swallows is as powerful as it is timely.” (Nationally best-selling author Megan Abbott)

“Sharpen your axes, ladies, and get ready for this fierce, fun, unsparing novel of female rage, power, and friendship.” (Camille Perri, author of The Assistants and When Katie Met Cassidy)

“In her witty and charming style, Lutz offers a genre-busting work of fiction that will satisfy readers looking for a seriously engaging read. The story itself is disturbingly plausible, and the humanly flawed characters make choices, good and bad, based on their backgrounds, all blending smoothly into a darkly comedic mystery . . . . This novel keeps readers on the edge of their seats while opening a conversation about public shaming, economic privilege, gender inequity, and revenge versus justice.” (Booklist, starred review)

“[Lutz] takes no prisoners . . . . She builds her plot cannily and walks a neat line between satire and realism [in a] withering portrayal of how the #MeToo movement plays out in this rarefied setting.” (Publishers Weekly)

What listeners say about The Swallows

Not f"ill et ing,". so tired of narrators making mistakes made lrwhen reading simple words. Valet is NOT pronounced 'val lets' - are these thing actually LISTENED to before they are sold?! awful narration,, half a dozen errors. Regarding book - not my cup of tea (if you are not interested in hearing about girls blackmailed into performing oral sex, it might not be yours either.

Very fresh. Original and well plotted with characters you will like and hate and everything in between. The build up is great and interesting with no blah hurry up and get there moments.
It's a book to savor and enjoy.
Good job Ms. Lutz!

This was an excellent book. a stunning commentary of teen life in the digital age. The characters resonate, the dialogue is clear and carries the story along.
Interesting organization no “chapters” per se, just different perspectives from students and teachers in a private school. Once you start it you won’t want to stop.

I wasn’t aware what I was getting myself into with this book. I purchased it only because I’ve listened to nearly everything Ari Fliakos has narrated and was running out of titles. I cannot believe this story was so highly rated. It’s not only raunchy, which I wouldn’t mind if used in the right context, but it was just a stupid storyline. Immaturish and absurd. I white-knuckled my way through 2/3 hoping against hope it would get better - but finally resolved not to waste any more hours of my life on this garbage. I cannot believe what garners a book deal these days. Ugh.

The characters in her books are always so interesting. The teens’ story is not for the prudish but very believable.

Good! Pulls you in and your engaged the whole time!

Listened to it in a day, really good, attention grabbing. Enjoy the multiple view points.

Enjoyed the book and how it builds the story. Wish it had developed more the caracters.

The cast of narrators did an amazing job and the story is a lot like a lifetime movie which made this a very entertaining listen.

Similar to "13 Reasons Why"

I didn’t listen to this right away bc I was on an action book kick-but It was great. Plenty of action in its own way. One out of four narrators was less than stellar (the young woman), but she wasn’t totally awful-just very wrong for the character. Excellent nonetheless.