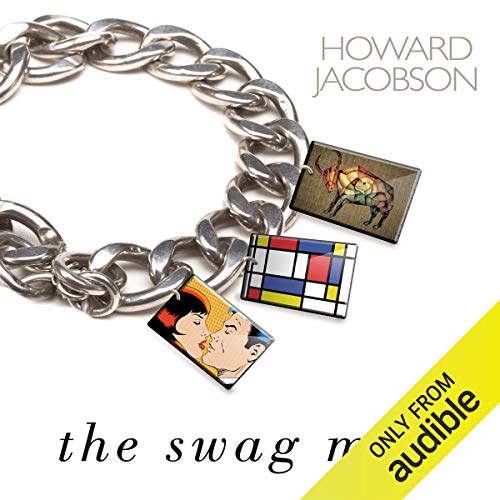 By: Howard Jacobson
Narrated by: Dean Williamson
Try for $0.00

A hilarious and moving true story by Man Booker Prize-winning novelist Howard Jacobson about the greatest "swag man" in the history of Manchester.

A charming, brazen salesman of genius, Frankie Cohen rises from selling cheap gewgaws, known as swag, for Jacobson's father in the rough market streets of the Northern English city, to buying and selling some of the world's greatest artworks.

Jacobson's tale of a poor Jewish kid who becomes a friend of Dukes and Duchesses is the story of a man who succeeds not by changing his accent or clothes, but by being himself regardless of where he is or who he is with - which Jacobson comes to understand is how a truly sophisticated man behaves.

An unusually poignant memoir of Jewish life in Manchester, The Swag Man is also a funny, fantastical meditation on how we define ourselves, how our roots do and don't define us, and the pleasures and perils of assimilation in a modern multi-ethnic society.

What listeners say about The Swag Man