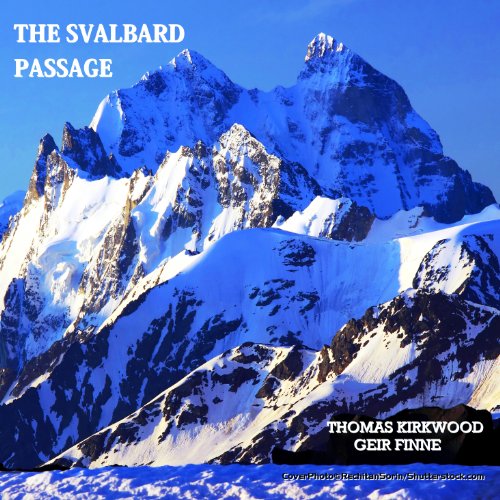 By: Thomas Kirkwood
Narrated by: Edoardo Camponeschi
Try for $0.00

The Svalbard Passage is a rare work of fiction: the power and dramatic intensity of the writing are matched by the authenticity of the writers' extraordinary knowledge of political reality; the result is a work of imagination and prophecy. Readers of John Le Carré, Richard Condon, Ken Follett, and Robert Ludlum will find it irresistible. The mysterious deaths of an international expedition of ice climbers on the remote face of the Spitsbergen glacier triggers what may be the first pre-emptive U.S. nuclear strike against the Soviet Union. The chain of events that follow moves swiftly and brilliantly from cosmopolitan, placid Oslo to the war-game rooms of the Pentagon and reaches a terrifying climax on the icy wastes of Spitsbergen, above the northern coast of Norway-and the Svalbard Passage. Caught in a terrifying net of brinksmanship are a worldly, elegant Norwegian diplomat; a fiery and beautiful German journalist; an uncommitted American pacifist; a ruthless CIA agent; and an equally ruthless Russian, a pawn of the KGB. Unknowingly, acting out of their private compulsions, they bring the world to the edge of global disaster. Through the weave of this richly atmospheric novel of suspense runs the stormy, sensual love story of Martin and Ulrike, lovers who come to maturity in the face of annihilation.

What listeners say about The Svalbard Passage